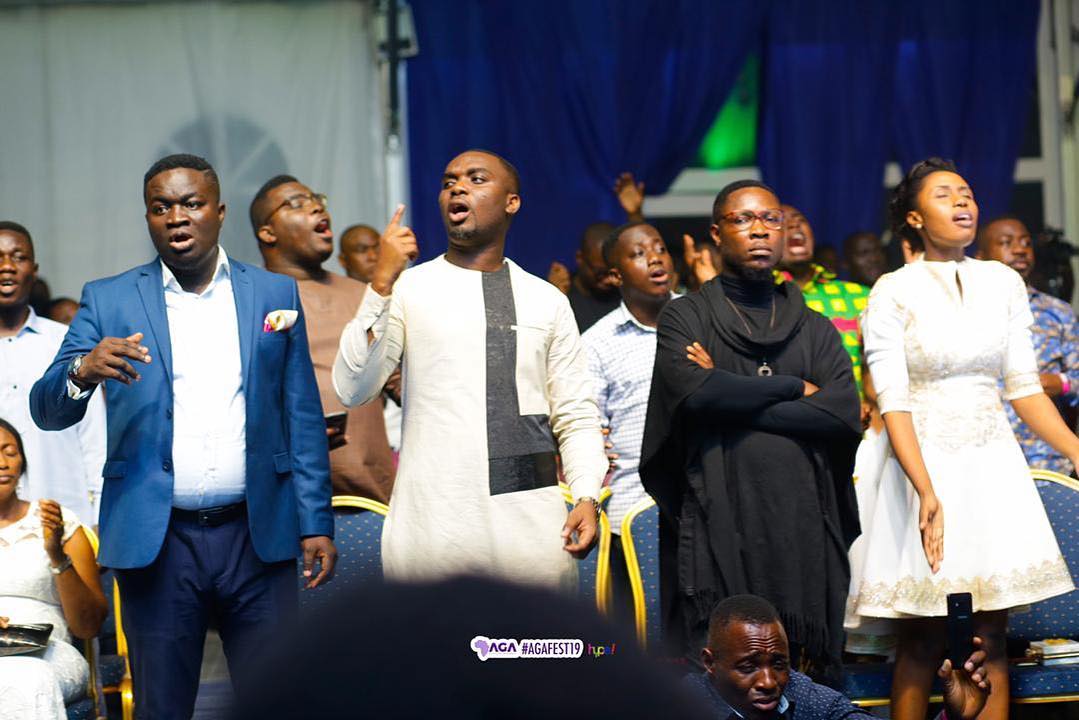 The much anticipated Africa Gospel Awards Festival (AGAFEST) came to a successful end at 2 am Sunday morning.

Typical of Awards events held in Ghana, the program started late.
Some patrons had been there as early as 3 pm for the red carpet till the program which was initially scheduled for 7 pm started at 8 pm.

Some patrons were not enthused about the late start hence the MCs initially struggled to get the audience get along with their usual give the Lord a shout but the shout from the patrons could not even kill a fly obviously because they had been waiting for long.

Mrs. Ella King from Ghana opened the night with a ministration followed by Abanthandua from South Africa with a thrilling acapella.

The first set awards were given then the other acts followed.

The awards had very little to complain about apart from its late start.

The MCs were ok but could have done better when they kept using the word ‘performance’ instead of ministration and at a point they made the Africa Gospel artiste look like it was the most important award when in actual fact all the other awards were equally important perhaps they should have said most prestigious but certainly not most important. Their choice of words sounded more secular than ‘churchy’ if you ask me.

Another thing that happened which I haven’t seen anywhere was when awards had to be presented again to awardees cos when they won it and they were not yet present to receive it.
Eg. Mercy Chinwo and her manager won an award but were not yet present so another person took it on her behalf yet when she came, she was called n the award was presented to her again which clearly took sometime and made the program longer.

People also felt certain artistes didn’t deserve certain awards, which is characteristic of awards but this was a gospel award so they just kept it to themselves and rather not complain.

None of the artistes disappointed in their ministration.

Another highlight of the night was when Jabidee who was hitherto unknown won gospel reggae dancehall artiste of the year and his song just resonated with the whole auditorium till the close of the program.

Organizers had to go out of the program to call him to come and minister his song, ‘shoot Satan’ which had won the hearts of many. He also didn’t disappoint.

Finally, the program ended with Joe Mettle giving the last ministration at almost 2 am.

Africa Gospel Event of The Year – IMPACT 2018(Action Chapel) beating Greater Works and The Experience by House on the Rock, Nigeria.

African Gospel TV program of the year – Restoration with Stacy.

Album of the year: Victory by Eben

Video of the year: Abathandua

Group of the year : The gratitude (rababaeeeh)

Afropop Song of the year – My Everything by Joe Mettle

Praise Artiste of the Year: Koda

A report by Yahweson Kojo Afriyie

SK Frimpong bags Artiste of The Year at…