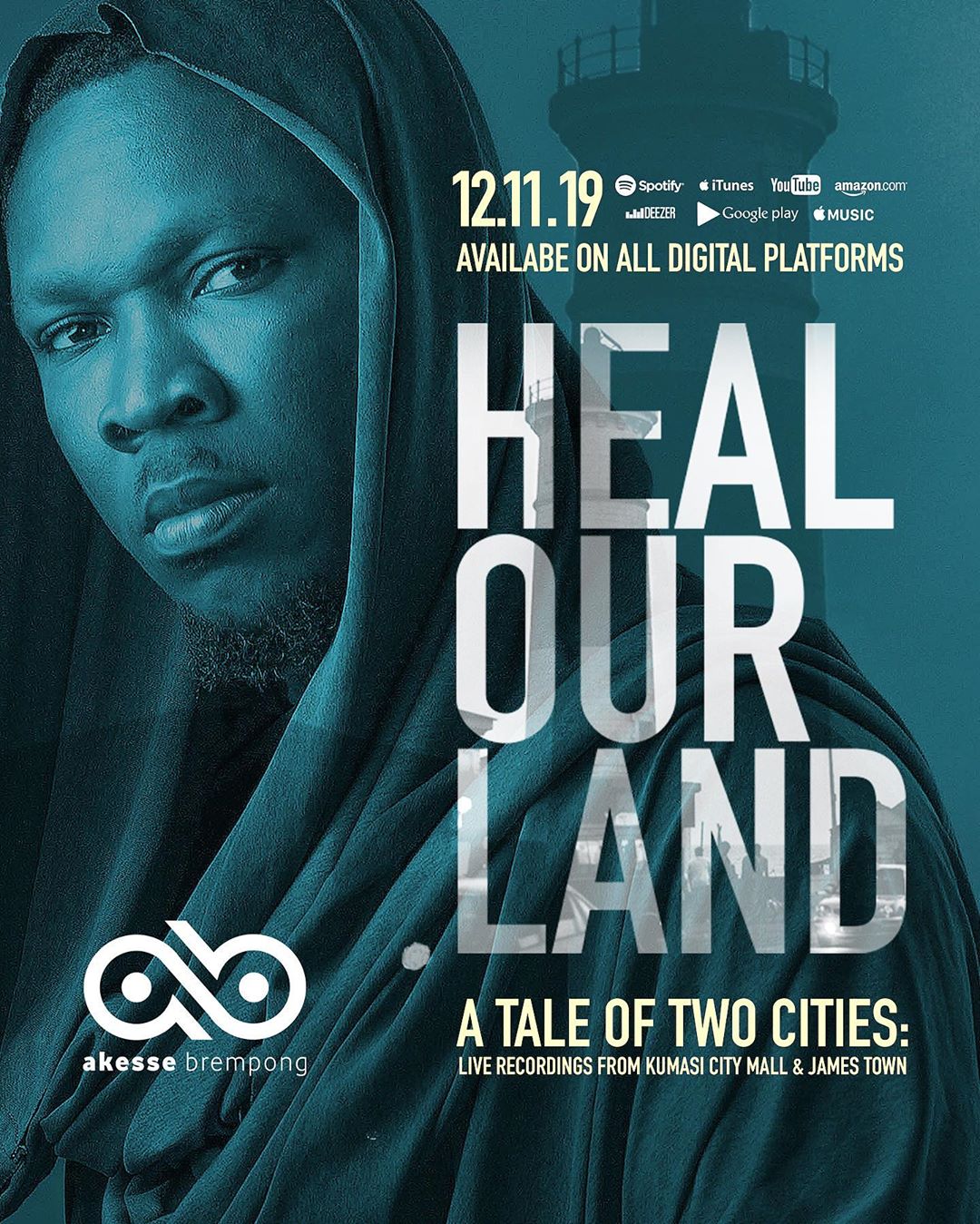 The album which he subtitled ‘A Tale of Two Cities’ is the compilation of songs he recorded live at Kumasi City Mall and from Mantse Agbona, James Town in Accra also referred to as ‘British Accra’.

Akesse without a doubt has grown to become the champion in the sub-genre of gospel reggae/ragga music, and now adding a touch of  Afrobeat to his style as we have seen in ‘Crazy Love remix’ and ‘Wonderful singles’

Having hosted his successive flagship event ‘Agape Carnival’, this year’s edition which came off in July was nothing short of endless jam of reggae music from the maestro. Akesse used the opportunity at the event to announce to the public his forthcoming album.

The much-awaited album by the ‘God Is Working’ hitmaker would be released across all online music stores and digital platforms on the 12th of November, 2019.

The release will be followed up by a Live performance during an official Facebook Live session with all his global fanbase to outdoor the new album.

Subtitled ‘The Tale of Two Cities’, the Heal Our Land album is a coalition of songs and videos recorded during the 2017 edition of Agape Carnival at the Kumasi City Mall and the 2018 edition at the Mantse Agbonna, James Town.

The multi-genre album is tipped to be an artistic knit of Akesse Brempong’s signature Reggae, Afropop and Spontaneous Worship styles presented with a contemporary Ghanaian appeal.

It follows his maiden album, Songs in the Night and second album release, West Hills Live, which have so far birthed out global hits like Crazy love, God Is Working, Roar, Closer, among others.

There is an evident flood of unadulterated spirit-filled lyrics and instrumentation ready to overflow into our lives for the sparking of sporadic encounters in deep worship, healings, miracles, and mind-renewing effects. Anticipate!!!