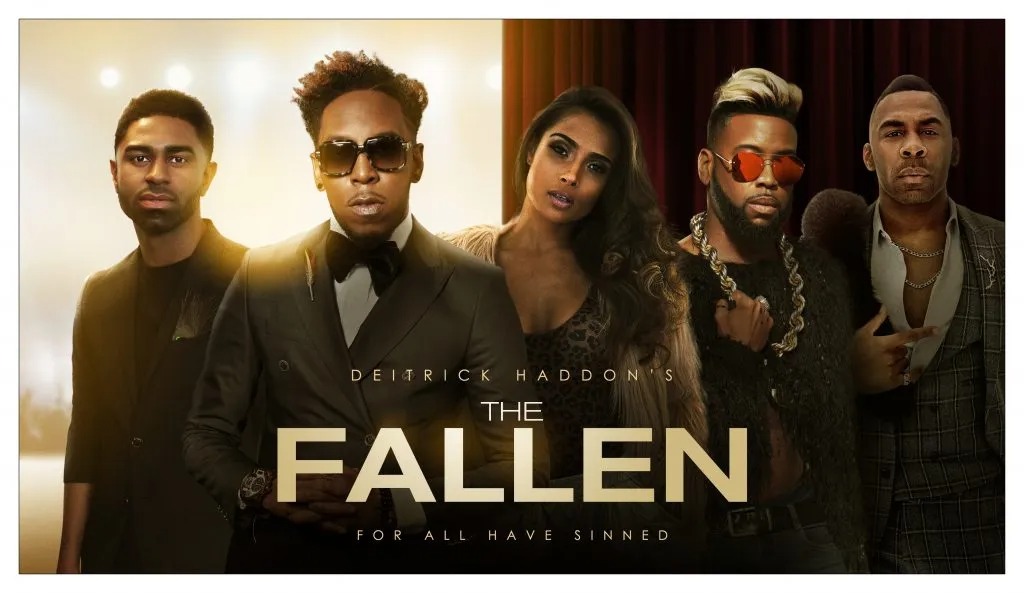 As a follow up to Blessed and Cursed (2010), The Fallen, picks up with praise and worship leader Dwight Hawkins (Haddon), finally on the verge of putting his long-deferred dreams back on track. With the help of his friend-turned-manager Jared (Jor él Quinn), Dwight has landed a showcase for TMG records, one of the biggest labels in the business.

A stellar performance gains him the favor of TMG President, Brandon K. Sterling (Johnathan Slocumb) and before he knows it, Dwight is signed and placed at top of the label’s priority list. Dwight feels like he is living a whole new life, and when Sterling arranges a collaboration between Dwight and superstar rapper Bonnie B (Lucio), his world changes forever. Dwight has everything he has ever wanted, but it all starts to slip between his fingers. Hitting rock bottom, he is at the point of giving up until an intervention and the visitation of the Holy Spirit show him, he still has a purpose. Committed to do the lords work, Dwight rises back on top. No matter how far you might have fallen, you’ll never fall beyond God’s reach.