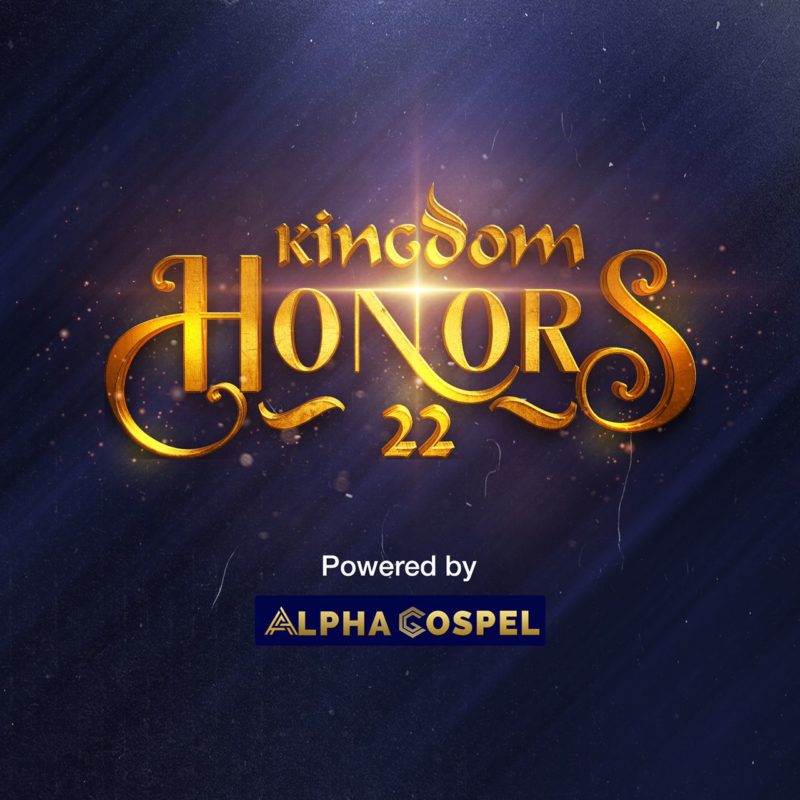 In a press release by AlphaGospel, it stated;

New Year greetings from AlphaGospel, organizers of Kingdom Honors to the entire Christian fraternity. Kingdom Honors have over the years sought to honor emerging Gospel Ministers who Have been a blessing to the fraternity through their music and other available avenues.

The scheme this year has in plan to Honor 50 ‘emerging’ ministers who are doing splendid in the music scene, local churches, and their respective ministries from all around the country and in the diaspora.

AlphaGospel and its partners with this initiative aim at greasing the elbows of emerging ministers and appreciating them for their tireless inputs and sacrifices towards Christendom.

This year’s edition is a NO VOTING one. Thus organizers select through recommendations and strict scrutiny for ministers who are deemed well deserving to be honored.

The scheme Is liaising with renowned music producers to give out exclusive recording deals to few selected ministers who would be honored on the night.

On-Air And Online Promotions for projects of honored ministers. Souvenirs from sponsors would also be attached to the plaque of honor given to the honored.

Our outlets are open for further clarifications and recommendations.

Kingdom Honors 22! Securing The Next Generation Of Gospel Music!