Travis Greene, the American gospel star and recording artiste who has taken the gospel scene by storm with his single ‘intentional’ and many other hit songs has recently announced the release of his third studio album, Crossover – live from Music City. This is a follow up of his last chart topping album ‘The Hill’ released in 2015.

“This is what we’re all about family. The cross is that bridge from the old you, to the new You. It’s time to #CrossOVER. Your future is waiting ✊?. #CROSSOVERLIVETG” ~ Travis Shares

In his new pre-album released plan, Travis is gathering worshippers all around the world for a live facebook concert on the 28th of July which doubles as the day of the album pre-order  at exactly 7:00pm. 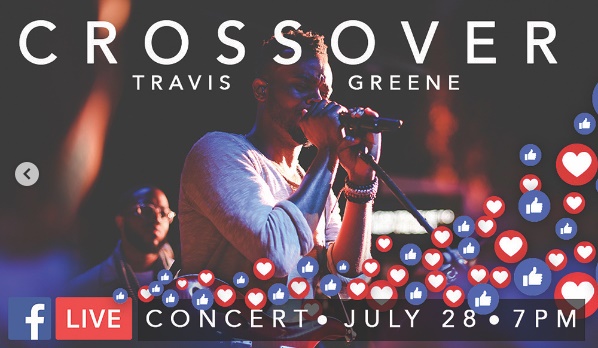 Travis recently released a new single, You waited that is already doing very well around the world. But if you missed out on that one, you still have a chance to listen.