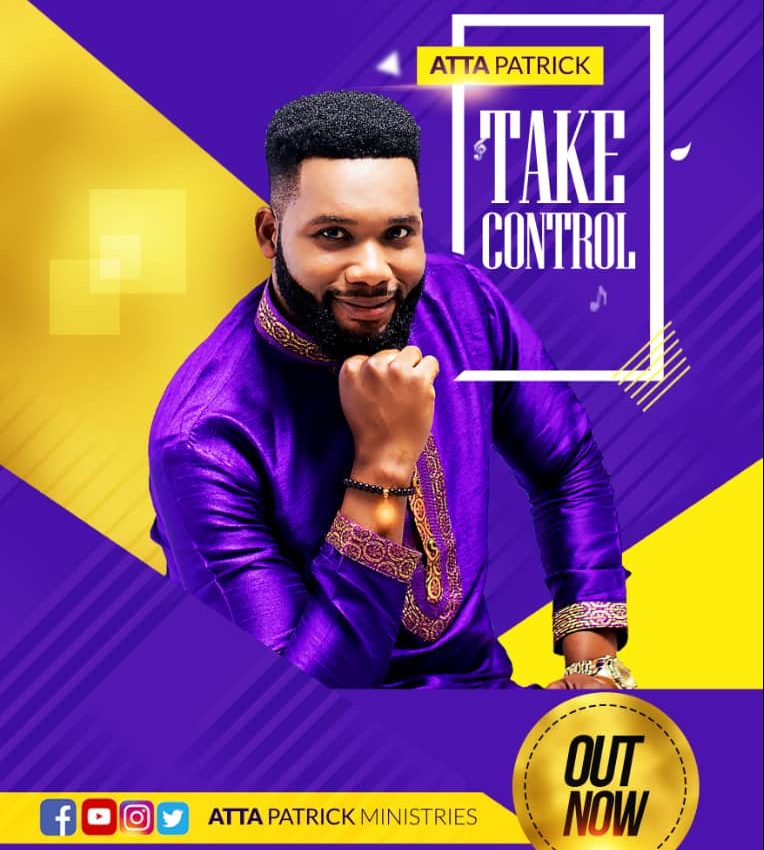 ‘Take Control’ is the first transformative single off his third album ‘Take Control’ in 2019. The song is a classic danceable, prophetic and motivational song fused with Pidgin English laced with a delightful Ghanaian dialect that energizes devotees of Christ that in spite of the difficult times God will take control. Take control is also birthed from his music life experience.

“The content of my song is a message for everyone because it is a request for the Almighty God to take supreme control over everything we are doing this year,”

The Gospel icon reveals that he penned down most songs in a specific book when he was then in secondary school at Tweneboa Kodua Senior High School since he knew one day the world will listen to his voice through music.

He was born to Mr Lord Sarfo and Mrs Opoku Sarfo. Music has been in Atta’s heart since his tender age. He began singing at the age of 17 years.  Afterward, his ability was showcased at Tweneboa Kodua Senior High School.

Atta Patrick has also featured in series of movies, some of which include: Amen, Asem Ben Nie, Dodo Prapra, Ka ma me, Atanfo Nye Nyame and others.