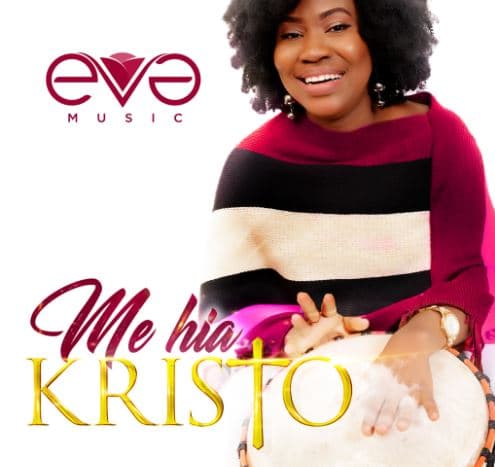 It is always an unforgettable experience of joy anytime Naa Mercy lift up a song of worship; but ever wondered how a voice before Naa would sound like.

Well, brace yourself as you receive straight from the camp of Evangeline Gbenartey, stage named Eva, a brand new single that will get you grooving even from your seat.

Eva who has duets with Nii Okai and Eugene Zuta and happens to be Naa Mercy’s big sister has just released her maiden single titled “ME HIA KRISTO” (which literally means ‘I Need Jesus’ in twi).

Produced by Francis Osei for Groove House Studio, the song based on Colossians 3, is one with a soothing salsa rhythm and speaks of how one ought to desire Christ over desires of the flesh.

Eva is an extremely versatile person. An artist by nature. one who loves to sing, dance, write, play and act.

She has featured on some campus albums back on UCC campus over a decade ago and has been mainly engaged as a BV for Nii Okai and other artistes.

Eva currently has a number of songs but according to her, ‘Me Hia Kristo’ was impressed on her after a retreat at Hephzibah Summit January 2018.

“THERE IS TOO MUCH COMPROMISING GOING ON LATELY IN THE PRACTICE OF THE FAITH. MAYBE WE STILL NEED CHRIST EVEN AS PROFESSED CHRISTIANS!” SHE SAID

She is currently gearing towards an album titled Asempa (Good News/The Gospel) which is expected to be released in a year. Until then we will continually be treated with soothing singles as this.

Eva aims for the world to appreciate that art belongs first God. She believes that that art is not just for entertainment but to be used to express the heart of God.

“A serious message can be enjoyable too. We cannot speak of Christ all the time and have very little to show for him.” she said

She added that her music has no walls.. “Eventually the world would discover that I will do Afrocentric, Jazz, Highlife and some kind of folk.”