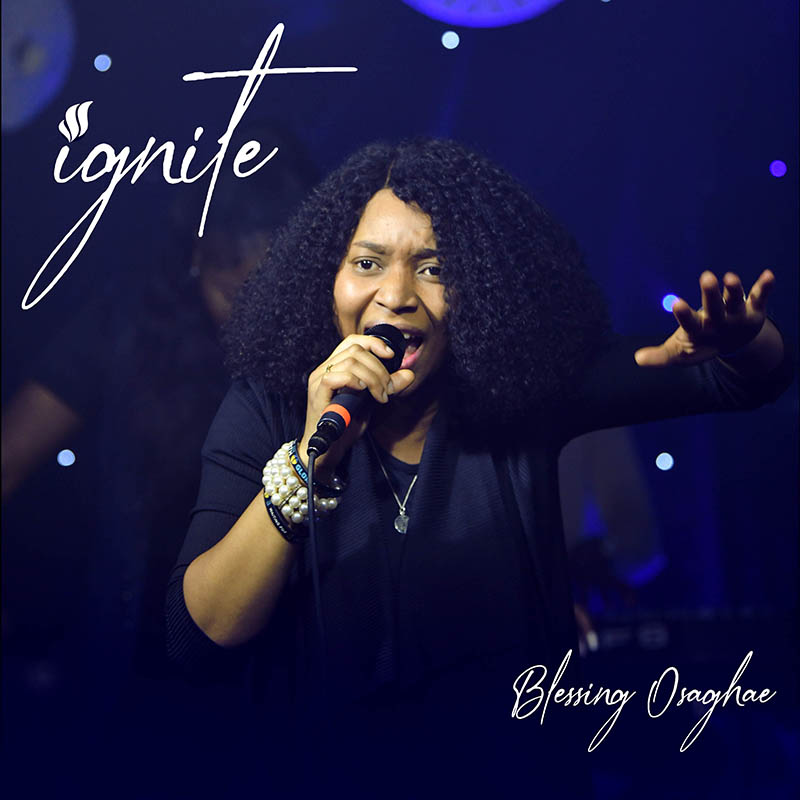 UK based music minister Blessing Osaghae releases her debut single titled “Ignite” Live. According to Pastor Bee, as she is fondly called, “IGNITE is a song birthed in March 2018 while preparing to speak to some university students at a concert.

“I began to study the meaning of the word ‘Ignite’ which means to set ablaze or set on fire; suddenly, the words began to speak to me and the lyrics of the song flowed right there. It is, therefore, my desire that as you listen to this song, there will be a rekindling of the fire of God in your life and quenched fires on your altars will be reignited”, Pastor Blessing said.

Blessing Osaghae is a worship leader, minister and songwriter, due to her unique gift and sound. She is also a pastor who diligently and whole-heartedly serves God and leads people into the Holy of Holies through the simple act of worship. Her passion is to stir up the fire of God in the heart of many young people and to help others seek a deeper relationship with God.

Her worship lifestyle and her ministry stem from her childhood, where she engaged in the worship ministry back in Nigeria. Growing up in a household of musically inclined and talented family members, Blessing developed skills in many instruments including guitar, piano, and drums. Her role as a worship leader took flight in Believers Ministries, a church founded and pastored by her father, Pastor Samuel O. Osaghae.

Blessing has since been recognized for her God-given talent and has traveled across Europe and Africa for one purpose only…which is to share the Good News. Her drive to see revival and the outpouring of God’s spirit in the UK has continued to be the focal point of her ministry and her music.

Her debut, IGNITE, is out this August with a collection of six tracks, all uniquely expressing the manifest power of God and the loving presence of God. Originally the song ignite was composed in 2018 in preparation for the gospel concert of the year, tagged IGNITE.

The word Ignite is defined as to catch fair, erupt, and explode. ‘Her desire is that all who listen will experience a fresh outpouring of His spirit, through the song lyrics and that the spirit of God will come alive, burn once again and set ablaze in the hearts of the backslide, the broken and the dead altars of the church. Spontaneity is at the heart of the song ignite, with the lyrics hot off the press in heaven. The careful selection of sounds and lyrics are birthed from a place of mediation over the word ignite.

In this season of uncertain times, drawing from the promises and confessions over our lives as the body of Christ, this album acts as a confirmation that the body of Christ will become stronger and more alive than ever before!

Blessing, alongside being a vessel of God, is married to Peter and together, they are parents to three children. Peter and Blessing, together with pastor Glory Worship Church UK, which was founded in March 2015. With over 15 years of songwriting and lifelong experience in music, Blessing hopes to raise up ministers and musicians whose heart is to serve in the Kingdom of God and articulate His love to all.