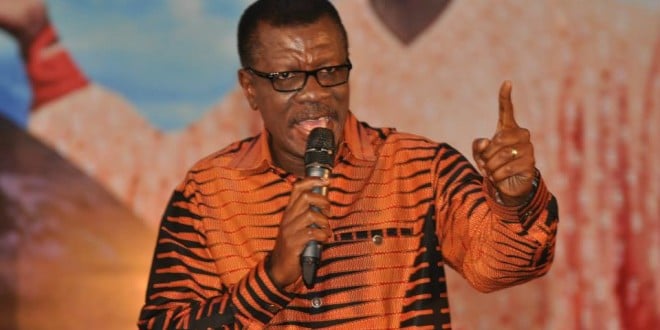 The General Overseer of the International Central Gospel Church (ICGC), Dr. Mensa Otabil, has cautioned believers at the ongoing Greater Works conference against applying logic to matters of faith.

Preaching at ICGC’s Christ Temple on Thursday morning Pastor Otabil told the congregation that belief can make all things possible.

“Belief will tell you that if you have five loafs of bread you can feed five thousand; that is not logical. Now, many times if we say we believe, we believe according to logic, so even what you are believing for is a just progression of logic,” he explained.

“I want you to stretch your faith and you are going to believe according to what is written and what I want you to believe is He says all things are possible, I don’t know what that is to you but it is a blank cheque” he adds.

His topic on the need to separate faith from logic coincides with recent criticisms against a ‘Special Offering’ notice posted at the conference.

The notice, which promises different rewards for specified monetary offering, went viral amid heated debate over its appropriateness.

Beaming from LED screens at the Greater Works conference, the notice promised “Millionaire Status” for anyone who gave an offering of $5,000 or GHC 21,500.