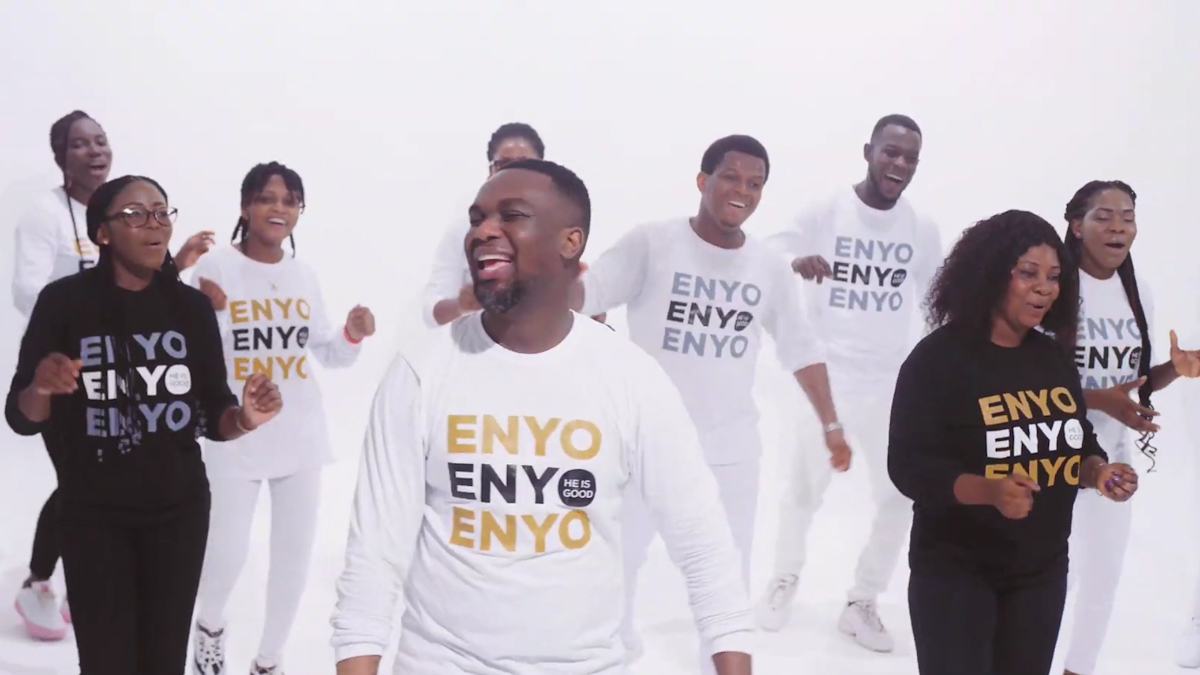 “Enyo” translates to “He (God) is Good” in the Ewe dialect. It is Bethel Revival Choir’s first single of 2021. The group has been actively producing songs since last year and working toward its third album despite the challenges of the Covid-19 pandemic. The group released two singles last year: “Revival” in November 2020 and “Agbadza Gospel Medley 2” in December 2020.

According to Mr Henry Datsomor, the Music Director for the group, “We are excited to share our new single, “Enyo”, with everyone. With all that we went through last year, it is only right our first song of the year is a thanksgiving song. “Enyo” is our token of gratitude to God for His goodness and unfailing mercies for all we have been through and at all times. We have resolved to sing about God’s goodness.”

Bethel Revival Choir is a contemporary gospel music group under the Global Evangelical Church located at Kotobabi in Accra, Ghana. The choir won the hearts of many after the release of their “Akpe” album in 2018. The group has so far been nominated for three consecutive years for the Group of the Year category in the Vodafone Ghana Music Awards (VGMAs) which it won in 2018 when nominated for the first time. The group also won three awards in the 2018 edition of 3Music Awards 2018 and gained several nominations in other awards schemes including National Gospel Awards, Ghana Music Awards USA, and Maranatha Gospel Awards.

“Enyo” is out and available on all digital music platforms and stores – Boomplay, Apple Music, Aftown, Deezer, Spotify, among others.

Watch the video of Enyo by Bethel Revival Choir below;