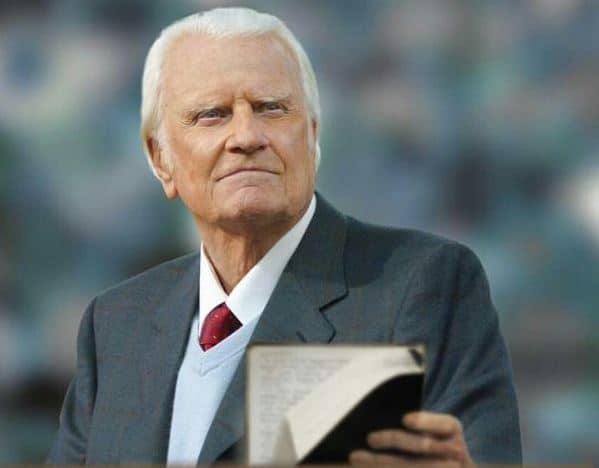 The American and world famous evangelist Billy Graham, who dedicated over 60 years of his life to preaching the gospel of Jesus Christ has died earlier today at the age of 99. He was an ordained Southern Baptist minister who became well known internationally after 1949.

Graham died at 8 a.m. EST (1300 GMT) at his home in Montreat, North Carolina, according to Jeremy Blume, a spokesman for the Billy Graham Evangelistic Association.

He was widely regarded as one of the most influential preacher of the 20th century. He held large indoor and outdoor rallies; sermons were broadcast on radio and television, some still being re-broadcast into the 21st century. Graham was principally known for hosting the annual Billy Graham Crusades, which he began in 1947, until he concluded in 2005, at the time of his retirement. He also hosted the popular radio show Hour of Decision from 1950 to 1954.

Graham preached to live audiences of nearly 215 million people in more than 185 countries and territories through various meetings, including BMS World Mission and Global Mission. He also reached hundreds of millions more through television, video, film, and webcasts.