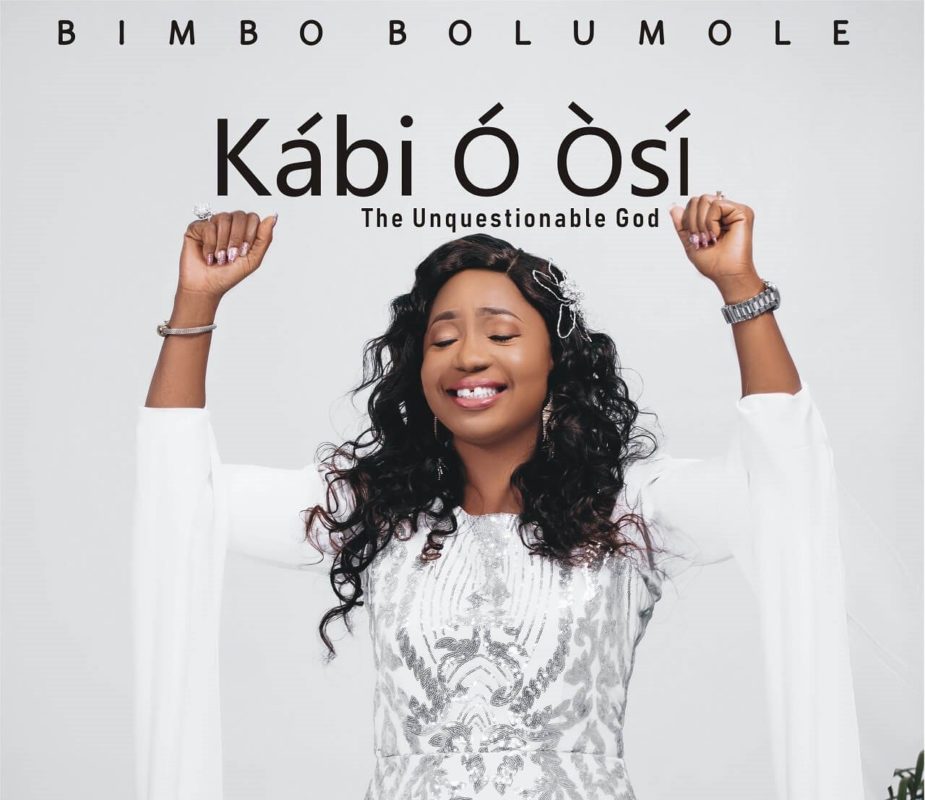 Gospel music minister, Bimbo Bolumole – the original composer/writer of “Kabi O Osi” is celebrating the 20th-year anniversary of the widely acclaimed worship song. Marking the milestone, the Nigerian-born singer who doubles as an author premieres the official video to the evergreen classic with a full-verse version of the song.

“God has indeed been faithful to his Word. Out of that situation that looked hopeless 20yrs ago, a song was birthed that has gone all over the world just as God promised,” shares Bimbo Bolumole, “2 decades celebrating Kabi O Osi, I’ve come to return all the glory to God despite all that has happened,  only Him deserves the praise, not any man.”

“I pray that the power that birthed this song will move in every situation that looks hopeless in your life right now. He still does miracles!!!,” She Added

“Kabi O Osi” (The unquestionable God) is a powerful song of worship and adoration that exalts God’s greatness and sovereignty. It’s one of the most sung worship songs in churches across the country, Africa, beyond and has birthed testimonies in the lives of many globally. The song has also been covered by several worship leaders and even internationally by the renowned Ron Kenoly.

In 2017, Bimbo Bolumole took to a video shared on her Youtube channel to reveal the story and inspiration behind “Kabi O Osi”. See Here.

Commenting on the song, Rev. Victor Adeyemi (Global Harvest Church) shares: “I always wondered what spiritual wavelength Bimbo Bolumole was when she picked on what in my opinion must have been an Angelic chorus. Today, as I travel from nation to nation and I hear the song sang from race to race and creed to creed, my heart wonders at the inspiration of the Grace of God that breathed into Bimbo’s soul the blessed day she first sang ‘Kabi o osi”

Abimbola Fola-Bolumole is a gospel singer-songwriter, worship leader, recording artist and author. She is the Founder/President of Woman With Child – a platform dedicated to encouraging women to study, meditate and declare God’s word for Conception, pregnancy, and delivery. It is her joy to see every woman enjoy a Positive, Healthy, and Joyful pregnancy. She also has a passion to see every woman achieve their God-given purpose.