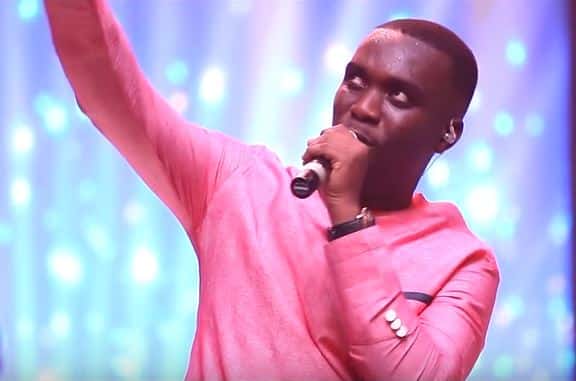 Joe Mettle’s ‘Bo noo ni’, released on September 12th this year – a little over two months ago, has received massive Youtube appreciation by way of views. This week, the video has climbed from 900,000 to one Million view on Youtube and that is incredible.

Many individual across the globe with the vibe for gospel music and following Ghana’s ultimate Music Award winner, Joe Mettle can clearly not have enough of this song.

‘Bo noo ni’, a Ga phrase which means ‘Only you’ was released ahead of the ultimate God of Miracles album in September and was welcome massively in and outside the confines of Ghana. As a result, it rose to the top of many global music charts such as the popular itune music chart.

The song features Luigi Maclean, one of the fast rising gospel music stars currently who was strategically unveiled during the God of Miracles live album recording. Tell you for a fact, many have not heard of Luigi until the release of ‘Bo noo ni’ and he is really making use of this opportunity to be a blessing with his unique vocals.

Meanwhile, the God of Miracles album within 48 hours of its released was spotted as #1 on apple’s itune chart for the first week and it’s still doing great so far. The 13 track album has receive massive support from many already and you can tell from all indications that, this is so far the biggest album from Minister Joe, as we hope for more greater projects ahead.

All songs on the album were written by Joe Mettle except for ‘God of Miracles’ written by Pastor Edwin Dadson, Ogya and also the array of song in ‘The Experience’ track which are most credited to public domain.