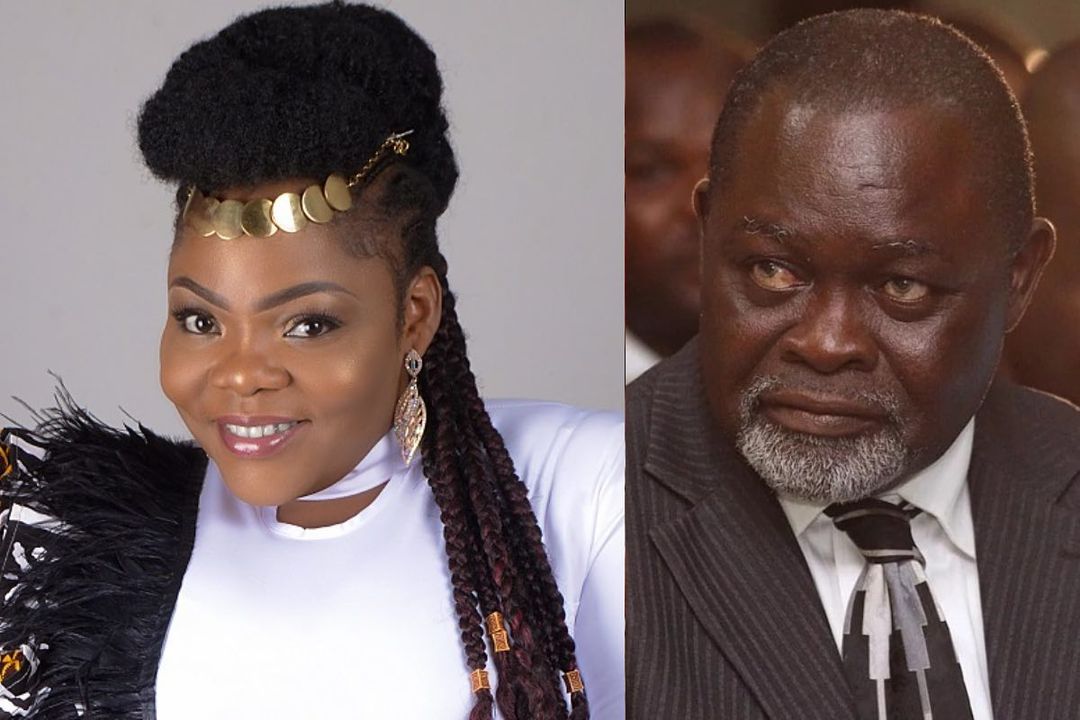 Gospel artiste, Celestine Donkor has recounted how legendary Ghanaian boxer Azumah Nelson offered her a lifeline to pursue her education years ago.

Speaking in an interview with Stacy Amoateng on “Restoration”, Donkor revealed that she met Azumah Nelson after a song ministration in church

“I was one of the few students who passed with distinction in our district. Because of money, everyone was furthering their education but for me. I wept. My mother also wept. I prayed and asked God why?”

“I prayed to God to take my life. I was young. I was overwhelmed by the challenges I faced, she recalled.

According to the ‘Only You‘ singer, despite her brilliance, her family’s financial status nearly stalled her progress to senior high school until God intervened through the great sportsman, Azuma Nelson.

“I was one of the few students who passed with distinction in our district. Because of money, everyone was furthering their education but for me. I wept. My mother also wept. I prayed and asked God why?”
“My first choice was Labone Secondary School. My name was on the list. We were told how much to pay. My parents tried to raise the money but they couldn’t. After a month, they were able to raise funds but the school said admission was over.”

“I saw an advert on TV about a new school, Insaaniyya Senior High School, so I told my parents to take me there for inquiries. It was a new school with a nice environment and we were the first batch”, Donkor said.

“We were just about going on vacation. I usually sang during morning devotion. My school mother called me and asked me to sing. She said she wanted to take me to her church to go and sing. We went, I sang, people showered money on me. When I was done, a man walked up to me and asked where my parents were.

I said they were home. He said he wanted to give me a scholarship. I didn’t know who he was. It was later that they told me he’s Azumah Nelson, the renowned Ghanaian boxer,” she added.

Celestine Donkor is currently promoting her new song, “ONLY YOU”.