‘Anthems’ was recorded in a live tapping worship service atmosphere a year ago on the 15th of September 2017 at the First Love Centre – Light House Chapel International.

With so much anticipation for this new project, Cwesi Oteng who could not release the album earlier as promised attributed the delay to making things right and getting the best version to the people of God.

He made this known on social media as he pleaded with eager fans to keep cool and expert this album to finally land this December, just in time for Christmas. He also asked to be supported with prayer as he gets things done finally.

Kindly bare with us for the delay in releasing the #Anthems album. We want to ensure we put out the very best version of the album and we are almost there. The album will definitely be out next month, just in time for Christmas. Support us with your prayers.

So far, four great and award winning singles such as ‘Next in Line‘, ‘Great are you Lord‘, ‘With Everything‘ and ‘My Defense‘ has been released by Cwesi off the upcoming album. 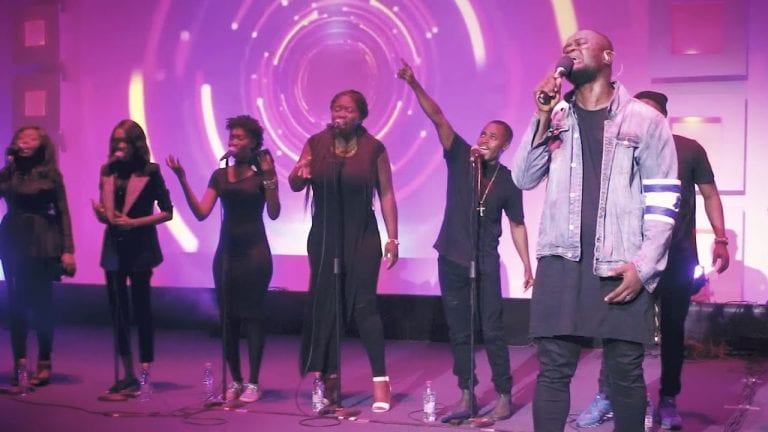 Adding to the success story so far, these singles are receiving heavy rotation outside Ghana especially on Christian radio in Nigeria and the UK while the corresponding music videos are breaking grounds onto major platforms.

Trinity Broadcasting Network (TBN) Africa, the continent’s adapted television station of world’s largest faith and family television network, TBN, has for sometime now been airing the videos of these songs.

This is the first time a Ghanaian gospel artiste featured on TBN Africa (on DSTV Channel 343) which normally shows only a selected number music videos on its channel due to its broadcast style of using them as fillers for its flagship programs.

These internationally recognized songs are power-packed and one can only expert the very best from the full package in December as promised by the artiste.