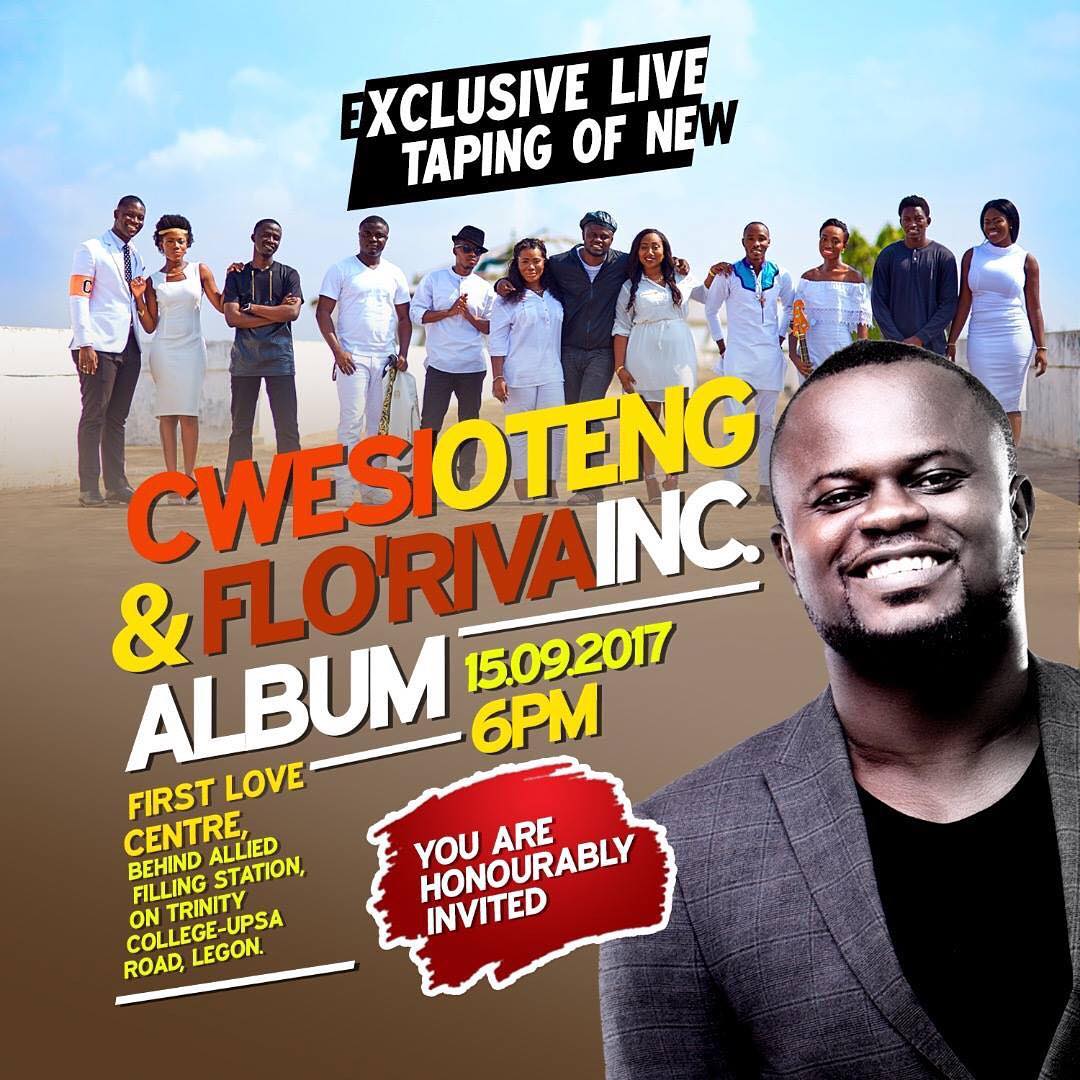 The album whose title and other details are not made public will be recorded live at First Love Centre – Light House Chapel International behind the Alied Filling Station on Trinity College – UPSA road on the 15th of September 2017 at 5pm. This is therefore not the usual concert for album recordings, but just an event for the live taping.

Speaking to Paul, a member of Cwesi Oteng Ministry, reveals this album live taping is not going to be a stringent program schedule like concerts usually do.

Honestly, the live taping initially was planned and not intended for the general public. The idea was to make it an closed-doors live performance audio and video production of the entire album – songs in the end and music videos for each song. The idea, however, transitioned to a select audience taping and has now become open for the public. Having changed the initial idea, we felt we could still go about it in the raw state as in tended for a select audience. This means our primary focus will be to get the best of audio recording and also the required shots for the music videos per the director’s creative direction.

So what people should expect is an actual taping of album where the focus is on getting the best content for the album and videos characterized by directed audience engagement. We believe this will give fans a look into our music process, get them connected to the project and we also excited for them to listen to these set of songs that kept us away for three years off the scene because we wanted to present the songs as authentic as they come to the public.

God has been so real to us in the course of preparing for this project. Everything relating to putting this project together has been the handiwork of God and so a lot has been poured into the album. It is an unusual album well thought about and put together creatively. You will just be wowed. A few things need to be agreed or confirmed before all details can be revealed – He added.

Audio & Video: Cwesi Oteng out with…