Da’T.R.U.T.H and Limoblaze team up on a new album titled “Bridges”

This a regarded as a masterpiece for the two artists and it comes with very hard-hitting truths preached through rap music and embellished by such a unique vocal of Limoblaze. The release will take the listeners into a musical trance with strong messages, catchiness, and hard-hitting instrumentation. This collaborative record is a testament and a journey to both artist’s diverse sound and style. 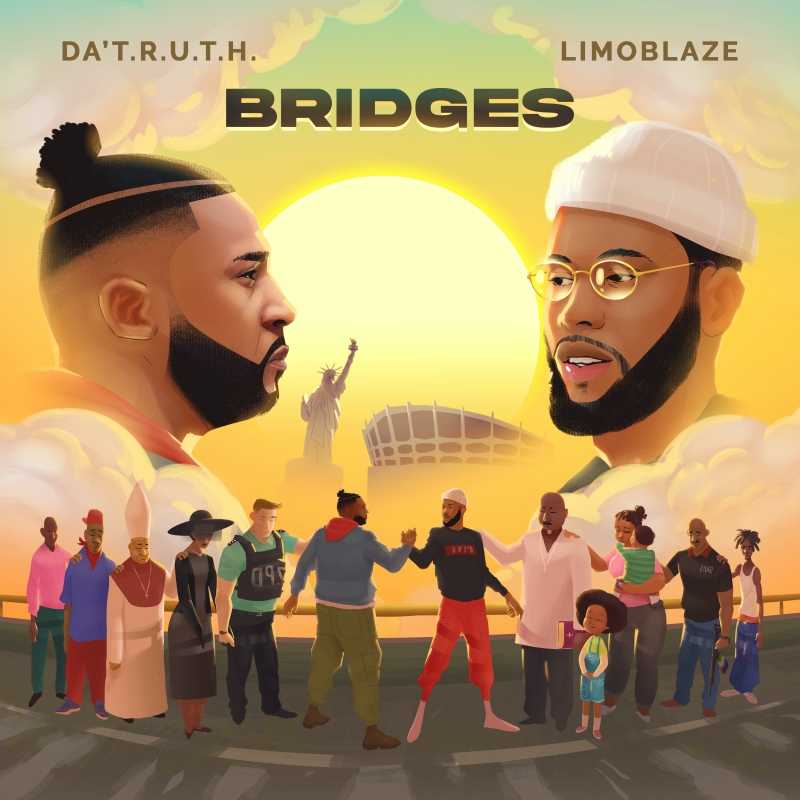 According to Da’T.R.U.T.H, Bridges present words of hope and encouragement and brings a fusion between typical hip-hop gospel and afrobeat gospel to create a one of a kind sound to hear.

“In these dark and polarizing times, Bridges is a hope-filled album that fuses hip- hop and Afrobeat. It’s Upbeat, fun, and energetic melodies will make you dance, while it’s provocative themes will make you think. Two of the most highly respected artists in their respective genres have teamed up to give us a body of work that will move the culture forward in building bridges, not barriers.” – Da’ T.R.U.T.H

This is the very first time the two have worked on a joint album but they have previously worked on a few singles one of such is the very popular ‘My Story‘ by Limoblaze.