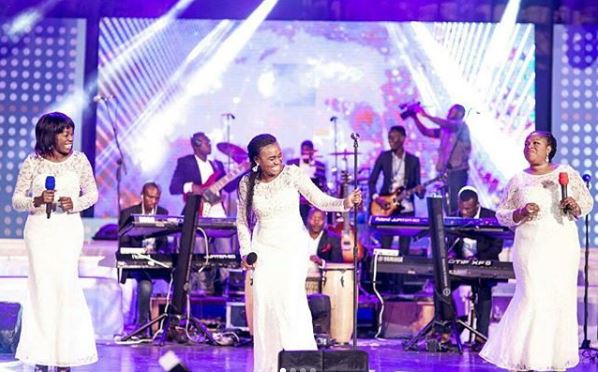 The worship concert which was first held in 2006, has gradually grown to become an annual event that people anticipate in the course of the year. This time, the concert is focused on gathering worshippers in Accra, Kumasi and Takoradi, better known as the Golden Triangle.

Speaking at the launch on behalf of the gospel group, Andy Favoured of Accra 100.5fm metioned that the Back2Back concert will kick start from Takoradi on the 11th of March 2018 at the Assemblies of God, Alhaji – Ta’di. Artistes billed to perform the beautiful songs of Daughters in Ta’di are Pastor Joe Bechem, Kofi Owusu Dua Anto popularly known as KODA and others.

The second episode will take place in Accra on the 15th of April and will feature the VGMA winner Joe Mettle, Cece Twum, Yaw Sarpong and Dr Mary Ghansah. On the 29th of April, Kumasi will host the climax of the Back2Back concert with many supporting gospel artistes from the Garden City.

We are taking the concert to other regions to engage our beloved fans in Kumasi and Takoradi aside Accra… and also offer great value to sponsors.

It will be an event unlike any other, we intend to invest in excellent production and an event execution which will go a long way to promote Ghanaian gospel music and musicians to the world… to enable the outside world place great value on our local gospel music industry…

The ever refreshing gospel trio also took the opportunity during the launch of the concert to officially release their new single titled ‘Nhyira’ which was played live as they sung and danced along to beautifully.

The group’s main soloist, Cynthia spoke on the inspiration behind the new single to have been derived from Proverbs 26:27. She continued that, the promises of God are yea and Amen on which we can confidently rely.