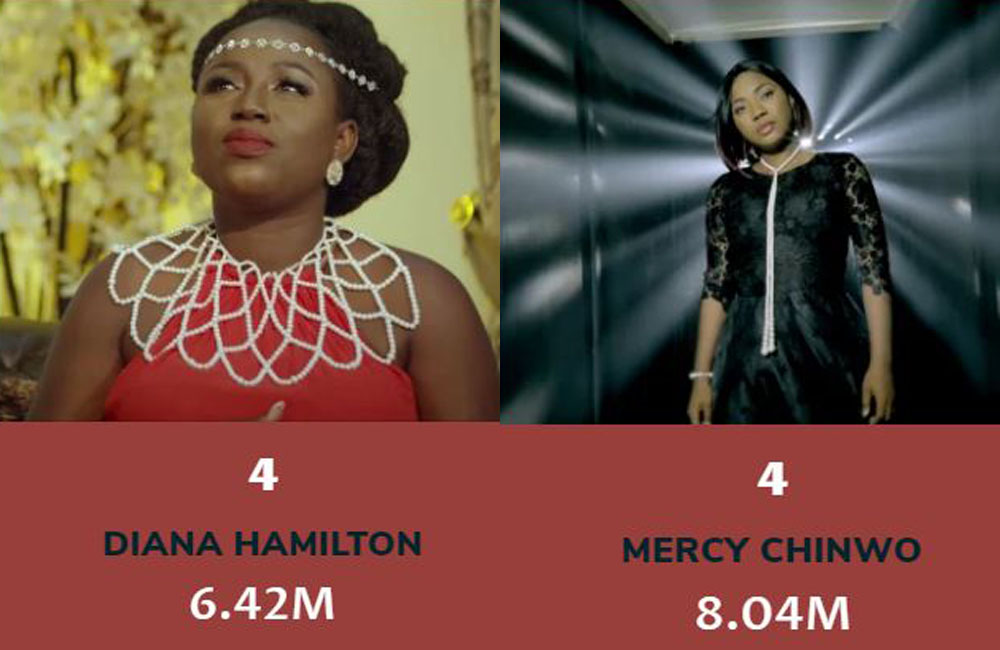 In a recently released ranking by Internationally acclaimed music ranking magazine, Billboard, vibrant female gospel singers, Diana Hamilton and Mercy Chinwo were both ranked as the fourth most-watched artiste from Ghana and in Nigeria respectively

This latest ranking by the renowned digital music agency comes as part of their scheme to encourage patronage of homegrown talents and musicians on YouTube specifically. This they did in Nine (9) other African countries.

Automatically, this makes Diana Hamilton the most-watched gospel artiste on Youtube from Ghana with total YouTube views of 6.42 million within the span of one year.

Diana who has been very phenomenal in her ministry these few years was ranked above her male industry colleagues such as Joe Mettle, Akesse Brempong etc. in this regard. Diana matched ‘boot to boot’ with secular artists like Shatta Wale, Sarkodie, Stone Bwoy, and Kofi Kinanata and this is a plus for her.

Gospel singer and ‘Excess Love’ hitmaker, Mercy Chinwo also followed suit from the Nigerian side, having been ranked at the fourth and only Gospel spot in the ranking with total views of 8.04 million. 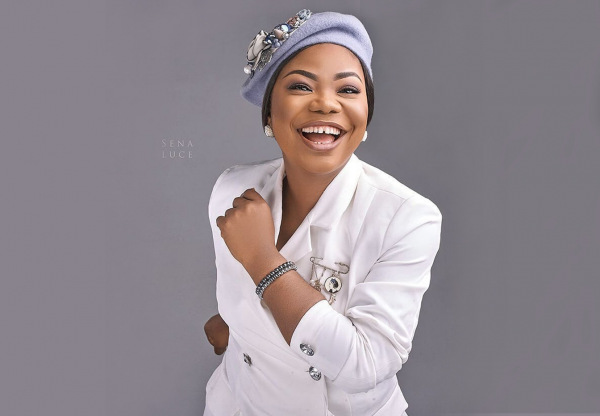 Billboard’s chart of five most-watched homegrown artistes is based on a year of local YouTube views across Africa from Afrobeats stars to the late king of coupé décalé, in 11 African countries.

Diana Hamilton gears up for “The…