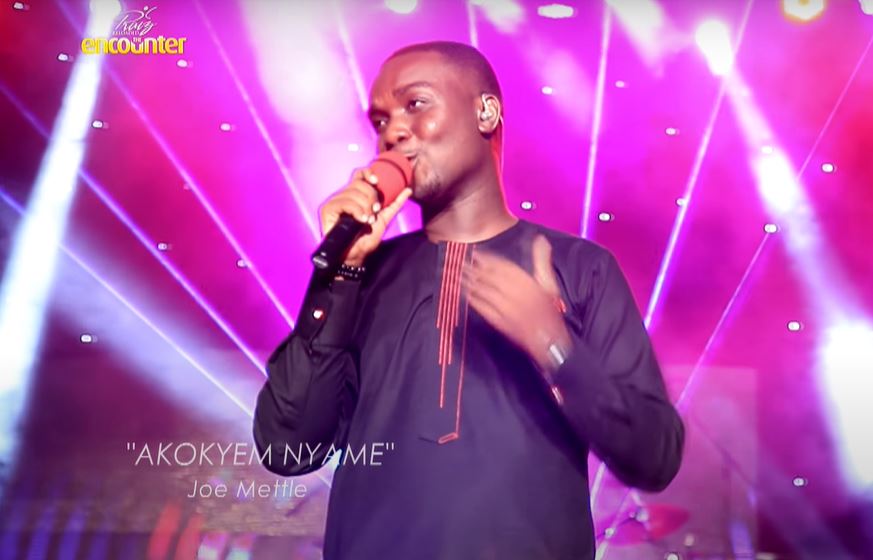 Akokyem Nyame was originally written and composed by Cindy Thompson who happens to be Joe Mettle’s mentor and boss for a while at a point before founding Joe Mettle Ministries. Though the song was known, it was made very popular after Joe recorded the song live as part of his ‘The Encounter’ album. At a point, it became a viral song.

The song was recorded live during the live album recording at Charismatic Evangelistic Ministry in the year 2015.

Watch the video of the song and download audio below;