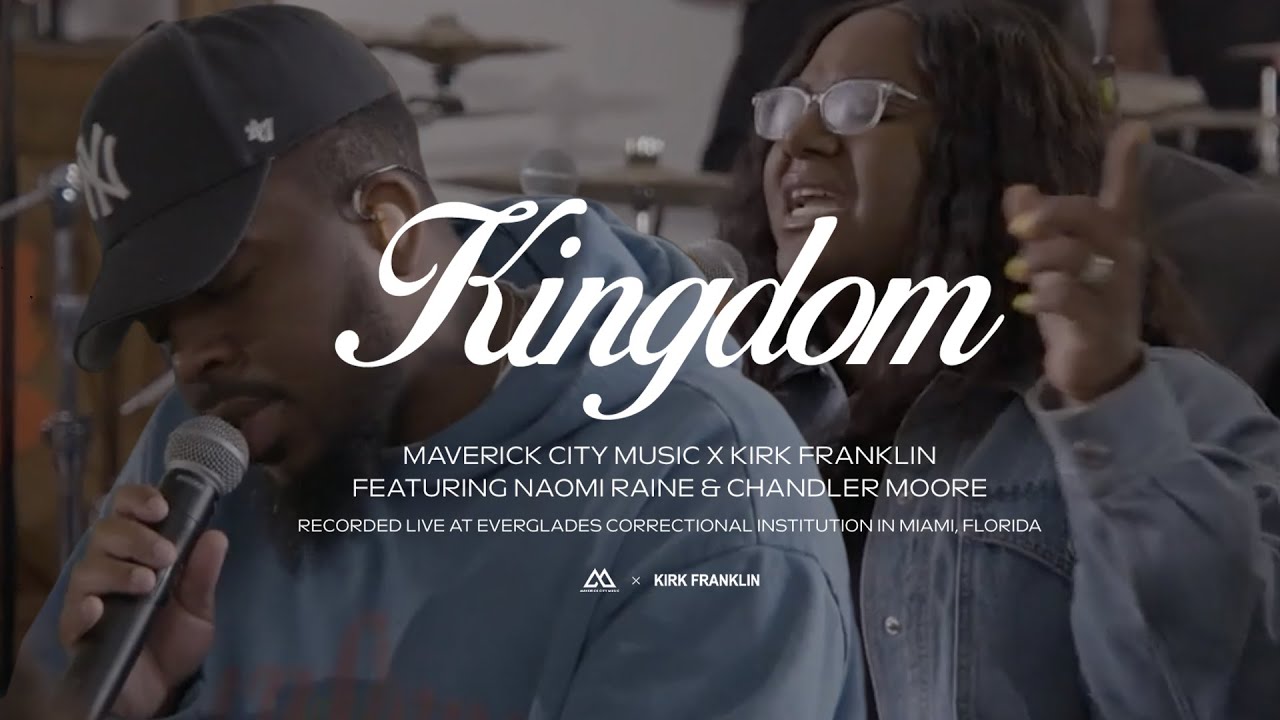 The inspirational group is gearing up for arenas on the 37-date “The Kingdom Tour” with Kirk Franklin. It kicks off on June 1st in Miami at FTX Arena, and fans can grab tickets to the nearly sold-out tour, HERE.

The song ‘Kingdom’ serves as a follow-up to their previously released and well-accepted song in April “Worthy Of My Song” featuring Phil Wickham.

Kingdom was recorded with the inmates at the Everglades Correctional Institution in Miami-Dade, Florida in early March of 2022. The heart behind this project is to not only expand the idea of what the Kingdom of God looks like but to also share and spread music and a message that taps into an inspirational and unfiltered love for all people.

The group gears toward the release of their 11-track new album “Kingdom Book”. Taking the idea of “prison performance” to another level, the genre-transcending, 11-track project made entirely from the grounds of a Florida prison, features Maverick City Music and Franklin recording the experience alongside more than ninety percent of those who remain incarcerated at the location.