Nigerian gospel singer and worship revivalist Dunsin Oyekan has yet again blessed the body of Christ around the world with his latest project “The Birth of Revival” available now on all digital streaming platforms.

The new album “The Birth of Revival” comes right after his “The Gospel of The Kingdom” released in 2021 which according to some fans has not even been fully exhausted.

Dunsin’s latest album follows the nature of his craft and experience, a deliberate purpose for revival for anyone who listens and even in our churches. 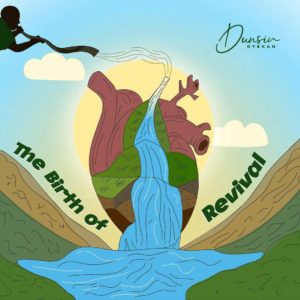 The Birth of Revival album boasts of 14 powerful revival songs with great arrangements and wild instrumentations that he is sometimes known for. Though most of the songs come from the ballad background, you can always expect Dunsin to create a prayerful atmosphere from each song.

Check out the full tracklist of ‘The Birth of Revival” album below;

For over two decades, he has birthed revelationary songs in choirs and as a music director. His ministry started with his father’s love for music. He was once the music director of the COZA choir – Avalanche of the Commonwealth of Zion Assembly. He is a full-time worshipper who has released four albums —  Code Red, Kingdom Now, The Gospel of the Kingdom, and The Glory Experience – Songs of Zion. His desire is to fill the atmosphere with the heart of God, witness God, and stir revival. Dunsin Oyekan is the General Overseer of Evangelical Baptist Church.