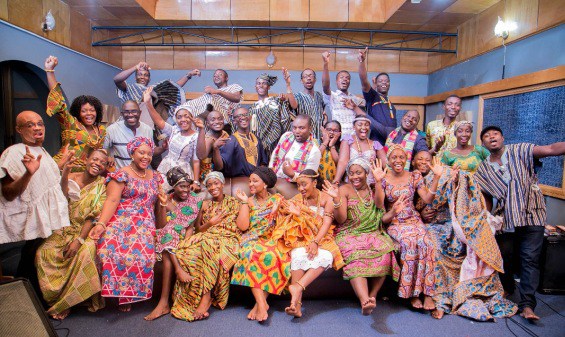 E’mPraise Inc. to host 2019 edition of their flagship event ‘Absolute Worship’ in July

E’mPraise Inc. the non-denominational choir which has stolen the hearts of Ghanaians through its beautiful songs and renditions since 2007, is poised for yet another edition of its annual flagship event Absolute Worship.

Over the years, Absolute Worship has drawn worshippers from far and near for one main purpose: to proclaim Jesus Christ as Lord. According to the president of the group Mrs. Esther Gyimah Tetteh, there have been numerous testimonies of healings, deliverance, salvation and many other miracles that have been encountered by people who have attended the event which has spanned over a decade.

This year’s Absolute Worship which is slated for Sunday the 7th of July 2019, promises a double portion and more, of the divine atmosphere of praise and worship the event is known and loved for. Absolute Worship 2019 is happening at the Accra International Conference Centre under the theme “High and Exalted One” inspired by Isaiah 57:15.

And there is more, for the very first time since its inception, E’mPraise will be hosting a twin event. Yes, you read correctly, there will be two shows come Absolute Worship 2019. The first show is scheduled to start at 2 pm and end at 5 pm, with the second show to follow from 6 pm until 9 pm.

You are advised to come with an expectation.