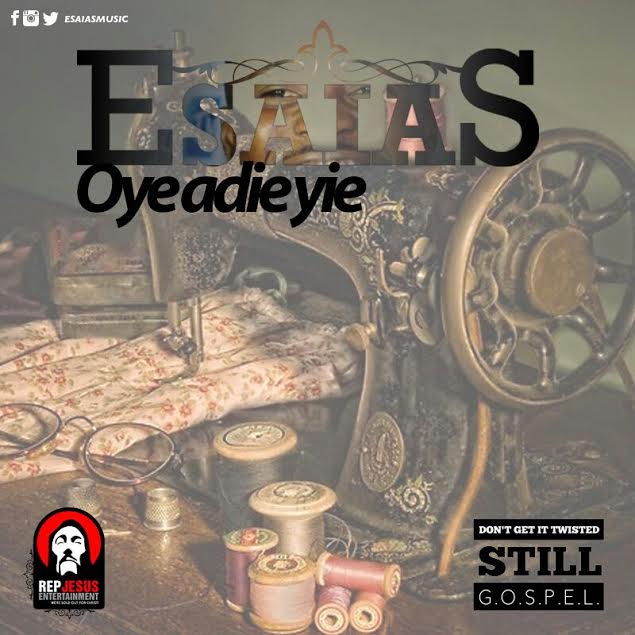 After showing what he’s got in the gospel industry and most exclusively in the urban gospel music with many hit songs, Esaias is back again with another song titled Oye Adie Yie. This is mean ‘God makes things better’.

The Urban Gospel Artiste who has become a household name in the industry, in April 2015 released a single titled ‘Aseda’  which feature Jay Shady had a lot of attention from fans and Gospel Music Lovers.

In an Interview, Esaias says;

The song was inspired by my personal struggles in life and i believe in saying what you know than what you have no or very little idea of.

In the year 2003, i was house arrested by an undignosable odour for two years and personally over heard a group of some women in my neighborhood discuss the fact that i am no good so therefore deserves to die. But on the contrary God heard my cry and not only healed but has honored me so much. I truly am the stone that builders rejected but has become the chief corner stone(Psalm 118:22) as sang in the song.