As the countdown continues towards November 4 – the official date for ‘The God Factor’ album release, dynamic worshipper and songwriter Eugene Zuta has unveiled the final album tracklist.

The ‘Woso’ singer is ready to unleash a total praise and worship experience into our hearts once again in this new nine (9) track project recorded live in Takoradi in late 2019. 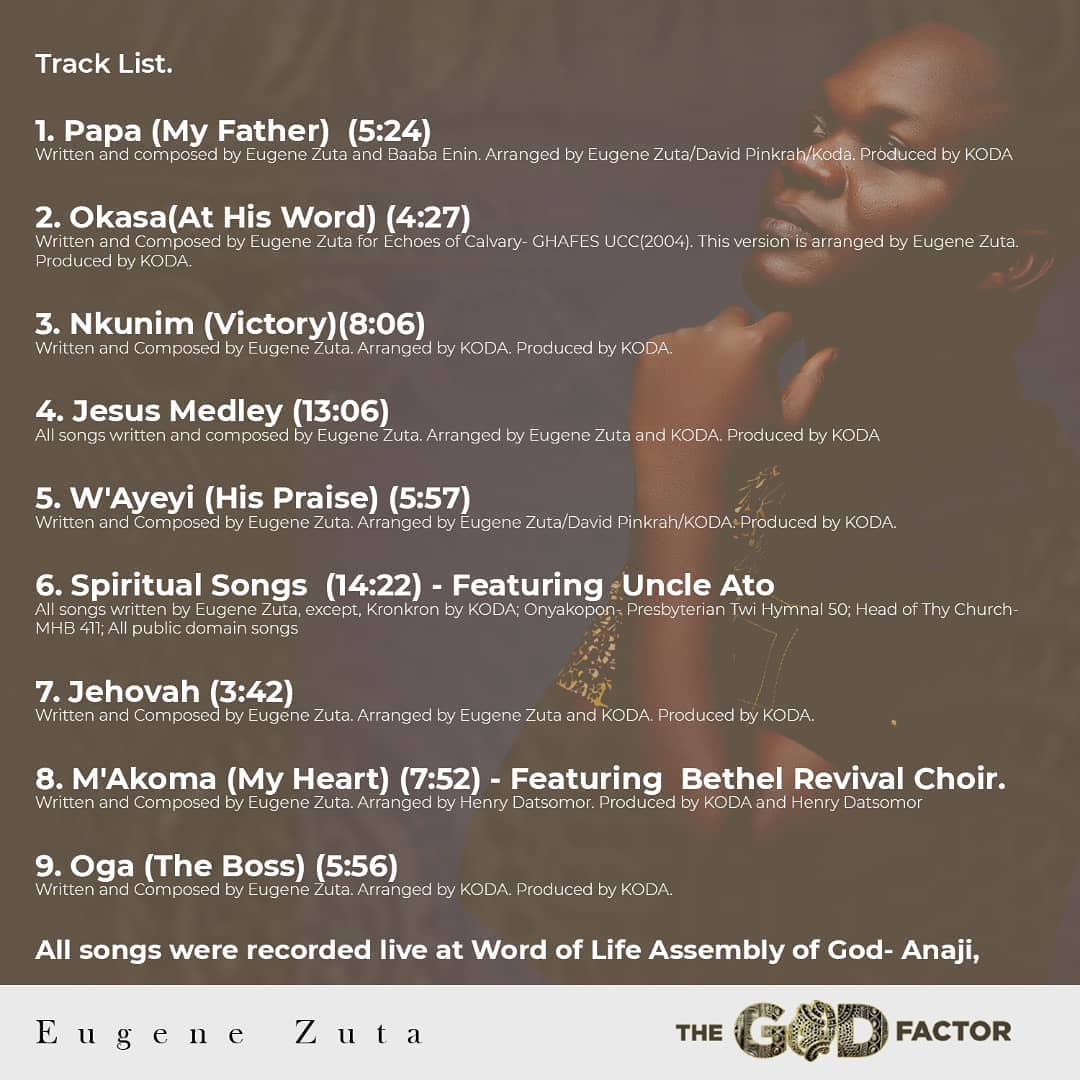 The foretaste of this timely album was experienced in the two singles released earlier this year. Okasa, the first single from the album is a song written by Minister Eugene Zuta back in 2003 for Echoes of Calvary of GHAFES – UCC chapter and was ministered live and unrehearsed during the live recording.

Coming on the heels of ‘Okasa’ was ‘Papa (My Father)‘, a song urging us to place our hope in God as our Father based on His track record.

Judging from these two songs, there is more to be experienced from this project by the renowned worship leader.

Album will be available from the 4th of November on all digital stores.

Watch ‘Papa (My Factor)’ below;