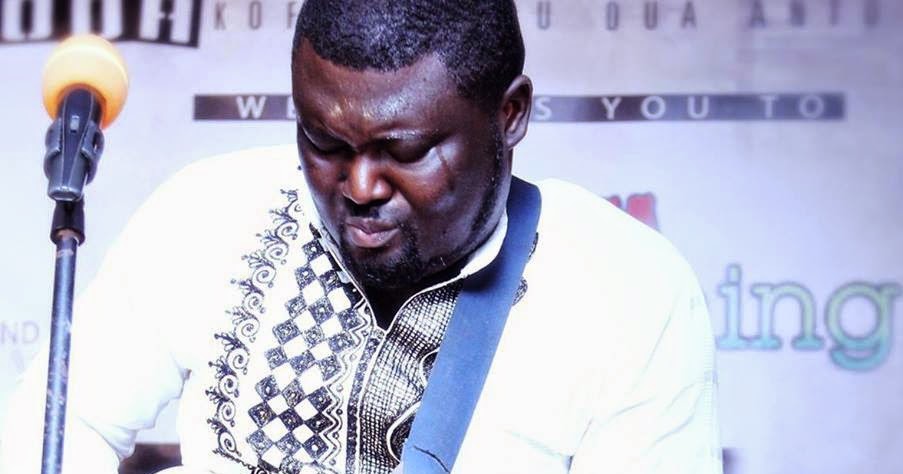 The issue of whether or not a gospel artiste should be paid for rendering his or her service to God and in turn impacting lives has been a much discussed one.

While one school of thought believes they are just like workers in God’s Kingdom who should use their gift and Grace of being a minstrel to win souls, others believe they should be paid for what they do because it is a profession like any other and it takes time to be developed. The latter continues that some go to the extend of paying for professional training.

One of Ghana’s prolific song writers, arranger, and producer Kofi Owusu Dua Anto popularly known as KODA, has also shared his views that making material gain should not be the priority of a Gospel musician.

In a chat with Graphic Showbiz on the perceived poor quality of Gospel music lately, KODA, who has been applauded for criticizing some negative practices in the church, said he found it strange how people expect to make riches as Gospel musicians.

“I don’t know how best I can explain my point to its best understanding but the truth is that, if you are into Gospel music, then you have no business being rich because money wouldn’t be the focus.

“The focus should be the assignment to reach many people around the world with the message of hope and I have been wondering how you could accomplish the task if you price yourself so high.”

“I appreciate that Gospel artistes just like colleagues in the secular sector invest in their works. Yes, we pay for studio recordings, for productions and for promotion as well and it is not out of place to want to make returns on such investments.

“However, as I said earlier, if you allow money to be your priority, you will miss the goal of saving many people because you become inaccessible to those who need you and yet cannot afford your services,” he stated.

Narrating an experience that reinforced his opinion, the Ya Pae singer said he was part of a production team for an event and the organisers sought the services of one popular artiste.

To his surprise, the musician charged GHc100,000, the equivalent of one billion old Ghana cedis.

“I thought about the amount which was paid and I was like, “how many churches or people who need to hear inspiring songs or the message of salvation can afford to pay for such a service?

“Would you lose the opportunity to change the life of an unbeliever just because they couldn’t afford your services? So you see, we obviously have different assignments from the secular artistes and so there’s no competition or need to impress anyone.

“Personally, everything that has a price tag has an expiry date and that is not what I wish for,” he stated.

KODA may have a strong case but in an industry where businessmen sometimes invest so much money into the careers of Gospel musicians, should they still regard themselves as tools of evangelism?

“In such a situation, the artiste’s hands are tied because for the investor, it is strictly a business venture and you can’t do anything about it,” he said.

Based in Takoradi, KODA is one of the favourite Gospel artistes on the music scene.

On Saturday, December 15, KODA will celebrate his 40th birthday and as a present to his fans, he told Showbiz of plans to embark on a tour which will begin with a show at the Word of Life Assemblies of God in Anaji, Takoradi, on the day.

“I appreciate my purpose and assignment as a Gospel artiste and my upcoming project which will take me to places such as Kumasi and Tema is intended to make meaningful impact,” he stated.