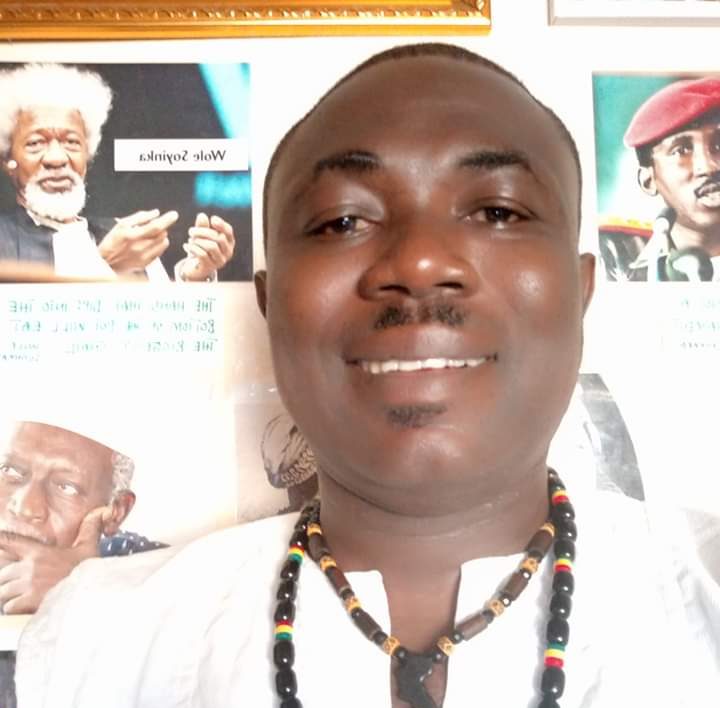 Award-winning Ghanaian poet, playwright, and tutor, Godwin Asare, who has published over four-hundred (400) poems and several plays in books and others on Amazon, has legally changed his name to Odoahwedie Kwasi-Nsoromma Asare. His new name was officially published in the Ghana Gazette of Monday, 11th November 2019.

In 2016, Godwin published and launched his first two books at the Bedtime Hotel in Koforidua. The books, Diary of the First Birth Poems (a collection of 117 of his poems and 12 of his mother’s) and The Peaceful Ghana Project: God, Bless Abibiman Ghana (a collection of 8 poems, under the caption Peace Now and a play titled The Ones We Hurt Are You and Me, a campaign for peace towards the 2016 General Elections in Ghana), were written under the pseudonym, Godwin Kwasi Asare.

In 2017, writing with the pen name, Omama Kidash, he published two more books, Women Don’t Die: Diary of the Second Birth Poems from Africa (a collection of 310 of his poems) and The Sorceress and Other Plays (an anthology of 4 plays).

In furtherance, Godwin, now Odoahwedie, consistently posts some of his poems on his Facebook page with the account Odoahwedie Kwasi-Nsoromma Asare and on his Instagram page, @odoahwedie, as a means of promoting the art of poetry which he believes is the least patronized of all the three genres of literature.

Godwin has been selected for nomination for the 2020 Millennium Excellence Awards in the English/Literature/Poetry category. The awards which has its life Patron as the revered king of Asante, His Royal Majesty Otumfuo Osei Tutu II, and its Chairperson as Mrs. Grace Amey-Obeng celebrates its 20th anniversary with the 2020 edition. The event is to be hosted at the Fantasy Dome, Trade Fair Centre, under the theme “Celebrating 20 Years of Excellence”.

The Millennium Excellence Awards has since the year 2000 been recognizing Ghanaians in all sectors of the economy for their selflessness, dedication, effort, knowledge, and contribution to Ghana’s socio-economic and political development.

Godwin is a product of the University of Ghana, Legon, the Presbyterian College of Education, Akropong Akuapem and Pope John Senior High School and Minor Seminary, Koforidua.

Currently, he teaches at the Pentecost Senior High School (PENSEC), Koforidua. He has also taught at the Ofoase L/A Junior High School, Akyem Ofoase, and the Boso Senior High Technical School, Boso. Godwin once served as a national service person at the Tarkwa Branch of the Stanbic Bank Ghana Limited.