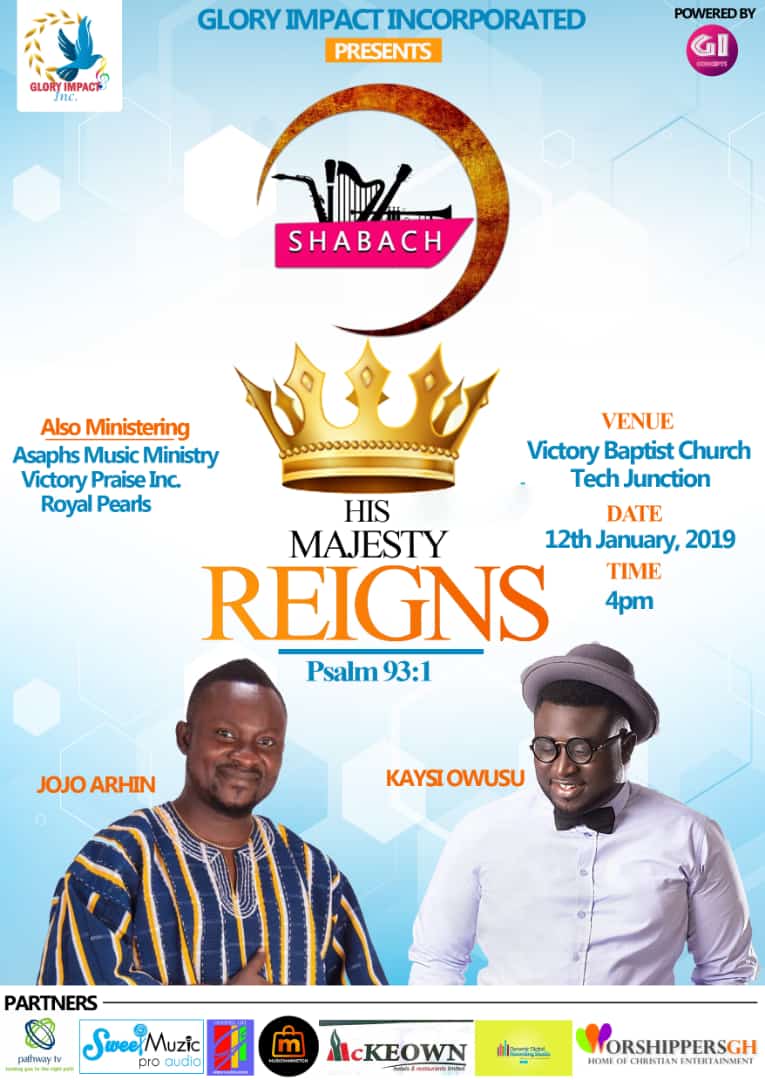 Glory Impact Incorporated will host its annual praises and thanksgiving encounter dubbed SHABACH, which means loud or amplified praise on Saturday, 12th January, 2019 under the theme “His Majesty Reigns” (Psalm 93:1). This Christian musical festival is characterized by an atmosphere of love, appreciation, prayer and thanksgiving to God.

New dates, bigger line-up and an extra day – One Voice…

The event aims at bringing together all believers to honour God through the sacrifice of praise in the unity of faith. It promises to be a great time of total worship, praises, thanksgiving, healing and impartation for the entire body of Christ with seasoned ministers of worship including; Minister Jojo Arhin and Minister Kaysi Owusu leading us as well as the host choir, Glory Impact Incorporated among others. It is a free event and it’s due to take place at Victory Baptist Church, Tech Junction from 4pm to 8pm prompt.

Glory Impact Incorporated is an inter-denominational music group based in Kumasi. Started in July 2017, Glory Impact Incorporated has a vision that seeks to usher in a new age of true worship and music ministry that greatly reveals God’s Glory in its totality with a mission to build and to lead many, particularly singers, musicians and all those who by God’s foreordained purpose and counsel have been called into the music ministry to a more life-transforming encounters with the Lord that will cause many to faithfully go out into the world and impact more lives.