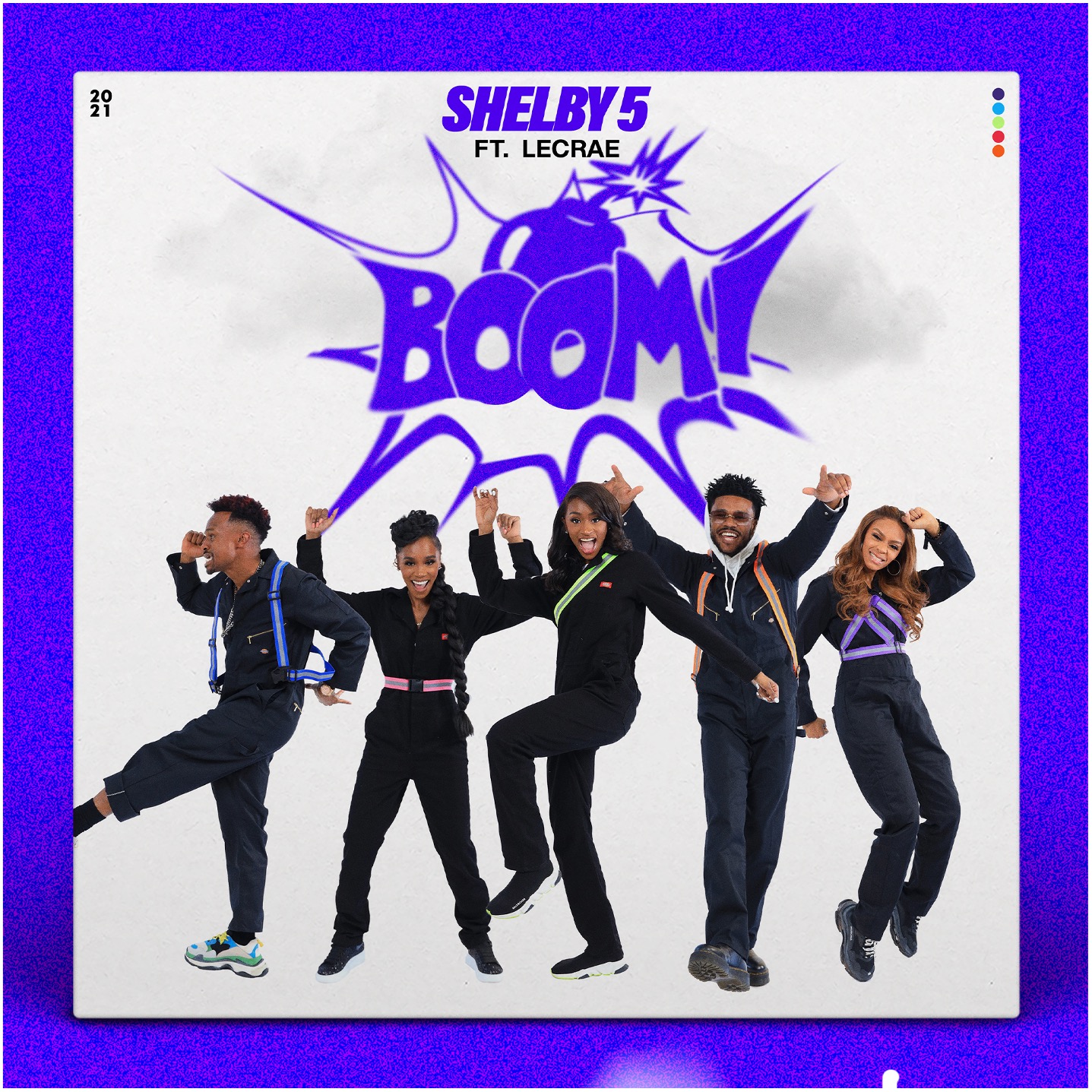 Hailing from one of the most musical cities on the planet, Detroit – Don, Courtney, Drea, Trent, and Amber are professionally known as Shelby 5.

The family group first came to notoriety on the Oxygen network’s hit reality series, Preachers of Detroit, where their father Don Shelby, Jr., was one of the principal cast members.

At the top of 2021, Shelby 5 was a part of the Grammy® nominated song “Come Together,” written by multi-platinum songwriter and producer, Rodney “Darkchild” Jerkins. Jerkins was so impressed with their vocal prowess, that he signed the group to his Lifestyle Music Group label.

Shelby 5 is a group of amazing young people who vow to deliver an inspirational, yet versatile sound to gospel music, which is evident on their upcoming single, BOOM, which features Hip Hop legend Lecrae. The song was written and produced solely by Shelby 5 and is most certainly a sound that is needed in today’s gospel music landscape.

“Boom was birthed in one of our lowest moments. Living life putting our career in the hands of people never worked. Now we understand that when GOD puts his hand on something it can’t be stopped. He made me a believer,” says Trent Shelby.

The track begins as a ballad with just an organ as the backdrop and boasts the lyrics: Let me brag on Jesus, tell you just what he did. Came and died just so I could live. I heard you ask a question, the reason I sing he heard my cry and delivered me. He made a believer out of me. Nobody but Jesus, I’m a believer. And then BOOM, just like that the track heats up with the infusion of heavy beats and that 808!

BOOM will be available on all digital outlets

Hailing from the city of the “Motown” sound, Detroit, Michigan, Shelby 5 are a dynamic versatile group that provides a blend of pop and urban-infused worship through soul-stirring melodies. Signed & celebrated by GRAMMY award-winning producer, Rodney “Darkchild” Jerkins to his Lifestyle Music Group, the close-knit siblings promote unity by delivering inspirational messages that crosses age, race, cultural, and religious barriers. They have moved audiences across the U.S., participated in the hit television show, “Preachers of Detroit,” and provided a moving performance at the 2015 Annual Stellar Awards. Shelby 5 brings a new and fresh perspective to Gospel Music.

Don is a key musician who is at the heart of the group as a writer and producer. His passion for piano launched at the tender age of two.

Courtney is the group’s spokesperson and a talented violinist whose vocals provide a smooth and brassy tone.

Drea is a very versatile and anointed soprano whose angelic voice penetrates the heart of anyone who listens.

Trent has an electric personality that will light up the stage and brings contagious energy to Shelby 5’s performances.

Amber is the youngest member of the group and tops off the group’s tight harmony with a perfect blend of youthful virtuosity.