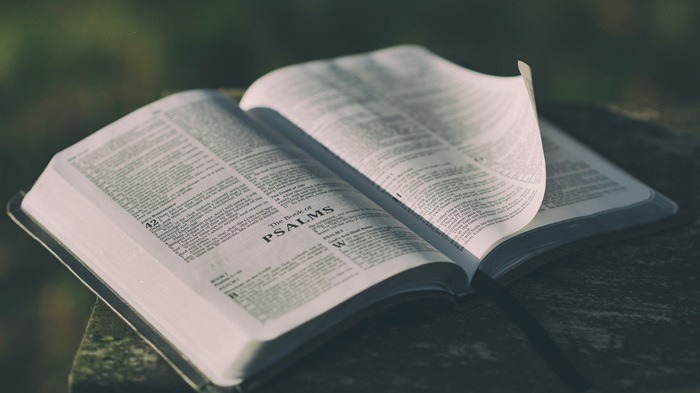 ‘I Wanted to Spread the Word of God’: Student Suspended After Posting Bible Verses in Response to Rainbow Flags

An Ohio high school student is speaking out after she received a suspension for posting Bible verses on walls and lockers in response to a collection of LGBT “pride” flags that decorated the hallways. In a video posted to Facebook last Friday, Gabby Helsinger claims that she is being punished for allegedly “targeting” the school’s Gay-Straight Alliance (GSA) club.

“So on Thursday when I got to school, I see that there were pride flags, posters around my school,” Gabby says in the video, which her mother, Tina Helsinger shared to Facebook. “And I felt the need to write down some Bible verses so I could put them around my school. And I wrote them down and I put them around the lockers, the walls.”

“I was coming back from lunch … and I [saw] the teachers taking them down, and the next day, I got called to the office and there is a letter that says that I have an ISS, which is an in-school suspension, and the reason why I have it is because ‘abuse of others, disrespect, rudeness’ because I put Bible verses up ‘targeting the GSA organization,’” she explained. “I did not know what the GSA organization was or meant.”

Gabby believes the real reason she received the suspension is that her school favors LGBT ideology over Christian beliefs.

“Seeing that there [were] people in my school that needed help … ,” she continued. “They don’t need to be living in the confusion of wondering if they should be gay, bi, lesbian, trans — anything like that. And I know that God is the only way that they can be healed by that, and that’s why I did it. I was not targeting any kind of organization … .”

Gabby explained that when she was sent to the principal’s office last Friday, she was asked why she posted the Bible verses.

“And I said, ‘Because I wanted to spread the word of God,’” she said. “And [the principal] goes, ‘Well did you have permission?’ And I said, ‘No.’ I didn’t know you had to have permission because people do it a lot — putting Post-It notes on people’s lockers, so I just did it.”

Gabby then asked the principal why any material that mentions God or Jesus, it gets removed “straight away,” while “gay pride stuff” can be put up all over school and openly discussed with no repercussions at all.

In a Facebook post, Tina Helsinger explained why she believes her daughter is being unfairly punished for sharing her beliefs.

“I appealed the punishment stating ‘Posting a Bible verse is not abuse of others, disrespect/insolence/rudeness and in no way was it targeting GSA,’” Helsinger noted. “But the school principal, Scott Butler, says ‘Gabby was targeting the GSA organization… .’”

Though administrators are not permitted to discuss specific disciplinary actions against individual students, Yohey confirmed that the school’s Student Code of Conduct does not prohibit the sharing or posting of religious text or imagery on school grounds. He also confirmed that like the GSA, religious clubs are allowed to meet and advertise during school hours.

The question that remains, then, is why Gabby received the suspension to begin with. If the student’s testimony stands, and she was not “targeting the GSA organization” as Principal Scott Butler allegedly claimed, then it appears her only offense was not receiving prior approval to post the verses, which is a far cry from the accusations of “abuse” toward other students.

As of now, Gabby will still have to report to her in-school suspension Wednesday.

The Bible contains plenty of passages that could be seen as offensive to LGBT groups. Indeed, the concept of same-sex “marriage” and transgenderism’s denial of God-given biological sex are in direct conflict with Scripture. But if a school claims to allow for these incompatible belief systems to coexist with equal protections, people are bound to get offended every now and then. That is the price of such freedom of expression.

has reached out to Gabby’s mother for comment. We will keep this story updated as more information becomes available.