The final funeral and burial rites of the late gospel musician, Danny Nettey, occured at the Forecourt of the Banquet Hall, State House in Accra with a gospel concert in his honour.

Prior to the concert, Joe Mettle spoke about how joyous it should be rather than being moody or sad knowing where Danny is resting.

“This is a tribute I would have loved to see Danny on set while we do this but he is no more so is it very emotional for us,” he said.

Given the nature of the concert, I am praying to God to give us the strength to compose ourselves and celebrate the life of Danny Nettey.

“We want joy to envelop the whole place rather than sadness because I believe that Danny has been called to glory by his father. If he were here, he won’t expect us to be sad, because he is in a better place, he said.

We are doing the three albums that he had; So our performance has been divided into the very old album, the second and the third albums plus some other new songs he recorded and produced before his demise. 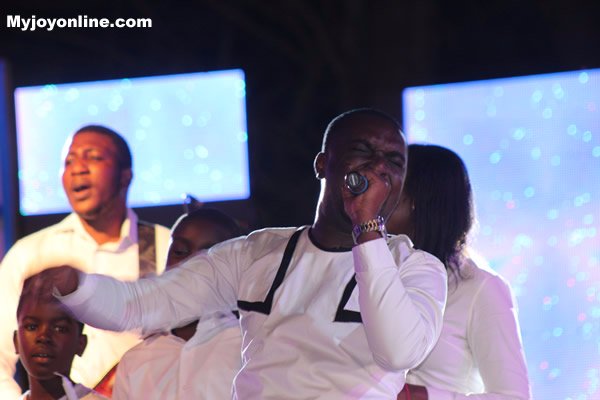 Nii Okai, KODA, Teddy, Pastor Hellen Yawson, Bernice Offei and many others were not left out in paying their homage in song ministration to Danny. Each performing artist performed a song from any of the three albums of the late Danny.

He was an employee of Multimedia and host of Worship Zone which airs on Sundays.

He was born in Accra where he developed the love for music at a tender age. He is reputed for writing songs for most gospel artistes in the country.

He attended high school at Accra Academy where he became the Music director and also the President of the local Scripture Union Fellowship. He was the senior prefect at the time.

Beginning his music career, Danny Nettey started his own group, “Danny Nettey and Pals”. This group sought out to take the gospel to the Secondary Schools and ministering in churches across West Africa through the word and song ministration.

A gospel musician par excellence, Danny Nettey has three albums to his credit- “Positive Change”, “This Time” and “I believe”.

Through his music ministration, he’s traveled to the United Kingdom and the United States and has ministered on several platforms including performing on stage with; Bishop T. D. Jakes, Don Moen, Ron Winans, Bebe Winans, Ron Kenoly, Kirk Franklin.