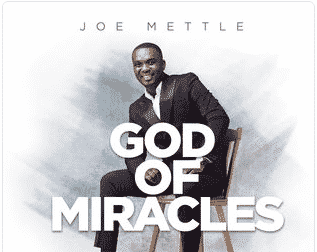 It was all praise and an atmosphere of Worship and gratitude to God as Joe Mettle and the whole Joe Mettle Ministries launched the new  ‘God of Miracles’ album at the First Love Center yesterday.

Gracing the occasion were honorable and anointed men and women of God such as Rev. Stanley Mensah, Bishop Eddy Fabin and many gospel artistes who came to support their friend and brother to launch this life changing album.

This adds up to four (4) the number of albums minister Joe Mettle has produced so far after going solo to birth Joe Mettle Ministries in 2007.

Prior to its official launch, Joe Mettle has already released three (3) singles off the album which were, Onwanwani, Yesu Di Nkunim, and the latest and trending single ‘Bononi’ which was recorded live at the Accra International Conference Centre. The song which is jointly produced by Joe Mettle and the LoveGift was mixed by Outluk Records and mastered in Nashville, U.S.A at Tone and Mastering.

The 13 track ‘God of Miracles’ albums has some incredible songs and collaborations such as ‘Higher’ which features Kingzkid and Akesse Brempong, ‘Amen’ featuring Ntokozo Mbambo. Others are ‘Ayeyi Ndwon’ featuring Ohema Mercy and ‘Lion of Judah featuring Nathaniel Bassey.

These are songs that will be a blessing to you and surely the God of Miracles will move in your life as you listen and meditation on these songs.