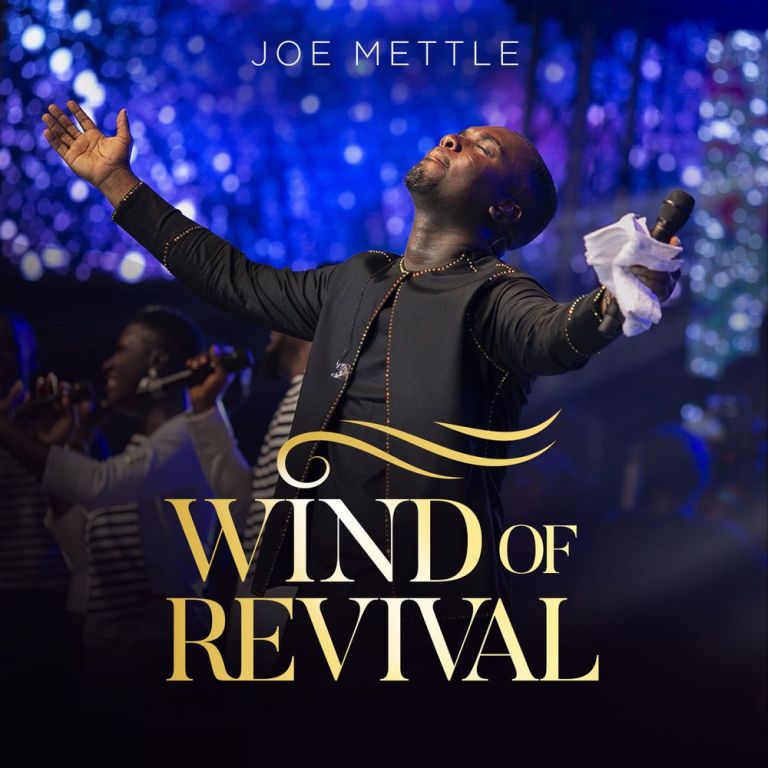 Joe Mettle out with much anticipated new album ‘Wind of Revival’ – Available now.

The 13 heartwarming tracks album comes with a spirit-filled live atmosphere of deep longing and a desire for a move of the Holy Spirit as the album titled portrayed.

Right from last year and earlier this year, fans have already enjoyed two amazing singles off this albums. ‘My Everything‘, and ‘Mehia Yesu‘ were songs that gave a hint of what should be expected in this album.

Joe Mettle recorded most of the songs on the album in a live environment, in the presence of worshippers both at Hope City Church and at his annual worship concert ‘Praiz Reloaded‘ at Perez Dome all in Accra  Songs such as  Pentecost, I see Miracles, Spirit Move, Power of Prayer, Tumi Wura, Hallelujah Song, Fa me Sie, Hide me and Sunsum Ndwom were all recorded live.

Notable on the album is the feature of the international American Gospel artiste and songwriter, Jonathan Nelson on two powerful songs that stirred up an amazing appreciation for the team on the night it was performed and recorded live. ‘Hide Me’ a classical piece with impeccable vocals and instrumentation and an Afro-praise ‘Hallelujah Song’.

Calvis Hammond came through to feature on a Ga song titled ‘Makamfo’ and Akosua Kyerenmaten was on point on the ‘Spirit Move’ song, giving it a delightful embellishment and ‘Icing on the cake’ flavor.

All songs were written by Joe Mettle except for ‘Power of Prayer’ which was written by Kwasi Annor and two public domain songs, ‘Makamfo’ and ‘Sunsum Ndwom’.

Available on all online store for purchase and streaming.