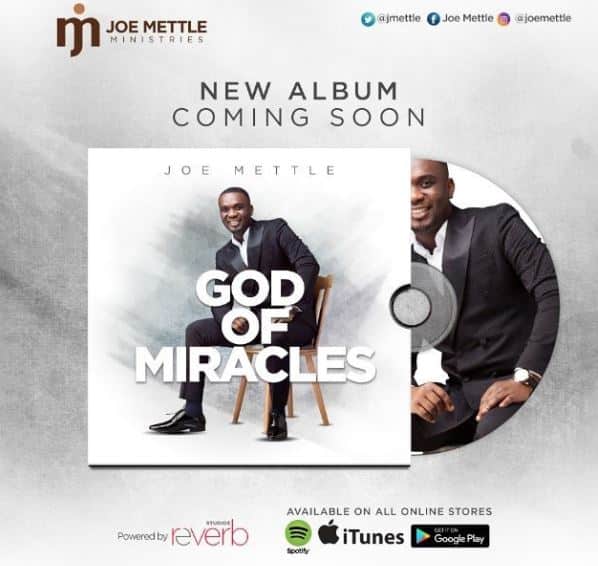 Joe Mettle’s new album ‘God of Miracles’ is ready to be released.

The Vodafone Ghana Music Awards ultimate winner, Joe Mettle who happened to make history by this award is set to release his much talked about new album ‘God of Miracles’.

The ‘God of Miracles’ album recorded live at the Accra International Conference Center in June 2017, has already seen three powerful songs ( Onwanwani, Yesu di Nkunim, and the latest one Bo noo ni) released by the artiste in getting the public ready for the main album.

Noted by many as one of the Gospel songs that took Ghana and global platforms by storms, ‘Bo noo ni’ which happens to be one of the songs taken off the upcoming God of Miracles Album, is still sitting comfortably at the number one spot on most music platforms.

Having seen ‘Onwanwani’ which was released earlier and has become the chorus for many, even in our churches and then the new one ‘Bo noo ni’ which has recorded the #1 spot on major online platforms and an impressive high download rate, the argument is ‘God of Miracles’ album will definitely follow suit and be a hit album for the artiste.