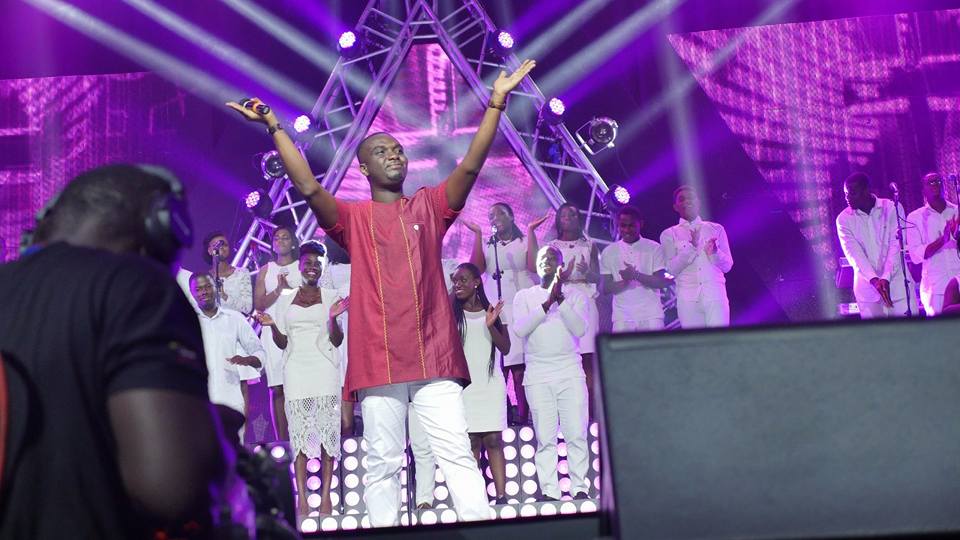 An electrifying atmosphere of worship it was when the Ghanaian Praise and Worship Guru, Joseph Oscar Mettle popularly known as Joe Mettle took the audience of the VGMAs 2016, before the throne of God in a grand Praise and Worship style.

Mounting on stage with the Overflow Inc crew, Joe Mettle gave his audience a mouthwatering appetizer of his most popular song ‘Nyira’ written some years back and sung on many worship platform. The fans were thrilled with his unusual way of ministering the song. Everyone was heard singing out lout to the song as he led them to worship God.

Just as everyone thought it was over, Joe Mettle quickly switched to a session of serious praises to which the whole auditorium stood on their feet to dance to the Glory of God.

Joe Mettle was nominated for the Gospel Artist of the year but lost to DSP Kofi Sarpong. Joe later posted on facebook to congratulate him for his award.

View more photos of the performance in gallery