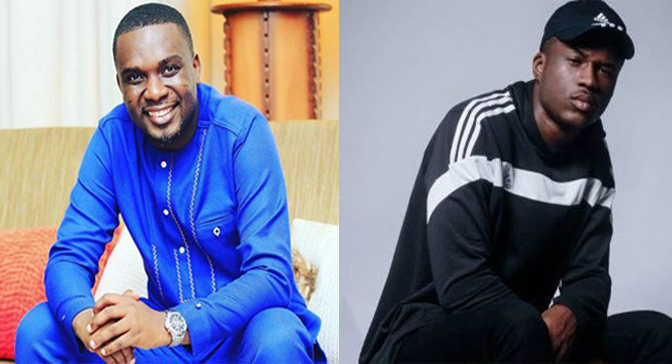 Joey B expresses interest in collaborating with Joe Mettle

Afro-pop snger Joey B who is behind the popular song “Tonga” expresses interest in working with Minister Joe Mettle on a song.

The secular Ghanaian musician revealed his desire for a collaboration on Day Break Hitz, on Hitz 103.9, a show hosted by Andy Dosty.

I would love to record with Joe Mettle. He is a super artiste. He has a new one, he is always on the top chart. He has solid music. I was with him two days ago. I will like to work with him so much…

According to Joey B, the prolific gospel singer has inspired him in many ways and collaborating with him on a song will help boost his level in the craft.

Over the years, Joe Mettle and other top gospel musicians have had several secular artistes approached them directly or throw the idea at them through the media but nothing happened. Maybe Joey B could be lucky. We keep our figures crossed.