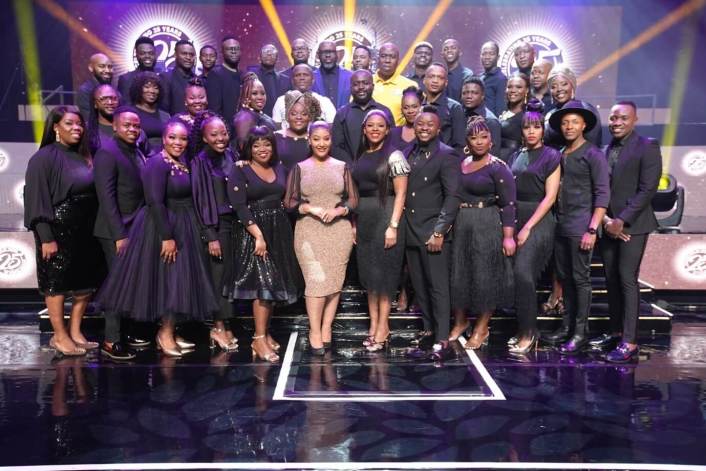 The project currently available on all digital stores for streaming and download speaks to the indomitable human spirit and its resilience in the face of adversity. The recording was conducted without choir master Lindelani Mkhize on stage due to ill health, but he still led from behind the scenes ensuring that the performance remains spirited and uplifting.

The 16 track Still We Rise is led by singles, ‘Ndezel Uncedo’ and ‘The Victory Song’ that set the tone for a rapturous experience.

‘Ndenzel Uncedo’ led by Esethu Mngxuma is taken from the Methodist church Xhosa hymnbook. The rousing traditional hymn is delivered with impeccable rhythm and gusto. It is about finding refuge in God at a time of difficulty, pain, and loss. It is sung by believers who recognize that they cannot get through life on their own, it is only with the grace of God that they can survive troubles. The song resonates with the challenges of today. Ndenzel Uncedo has already garnered over 180 000 views on YouTube in less than a week.

Packed with high energy from the first note, The Victory Song is a manifestation of God’s unfailing love. Led by the consummate performer and singer Bonginkosi Mthombeni, the track boasts generous doses of spunk and groove.

Some of the new faces that inject a new energy to the band are Thobeka Ramaloko who shines on the keyboard fuelled Bonginkosi Ngazo and Nwabisa Meth is a class act in Camagu Ngonyama rooted in Xhosa rhythms tinged with jazz. Kholiswa Ganca dazzles in the exuberant Cela, while Bongiwe Madela dazzles in Jesus is Lord Medley and Nozipho Phiri is infectious on Thank You Lord.

Still We Rise boasts the musicality and dexterity that MTN Joyous Celebration has been known for. It doesn’t shy away from African influences that are masterfully fused with modern sensibilities.

Enthuses Mkhize: ‘We are proud to present this album marking 25 years of MTN Joyous Celebration. We have a new recording home at Universal Music, we have been injected with a new energy and we are enthusiastic about the future. This album has everything for everybody, it will leave all our supporters and fans sated with the holy spirit delivered in song, praise, and worship. Even when I wasn’t on stage to conduct the choir due to ill health, everything came together so perfectly and the excellence we are known for remains unmatched.’