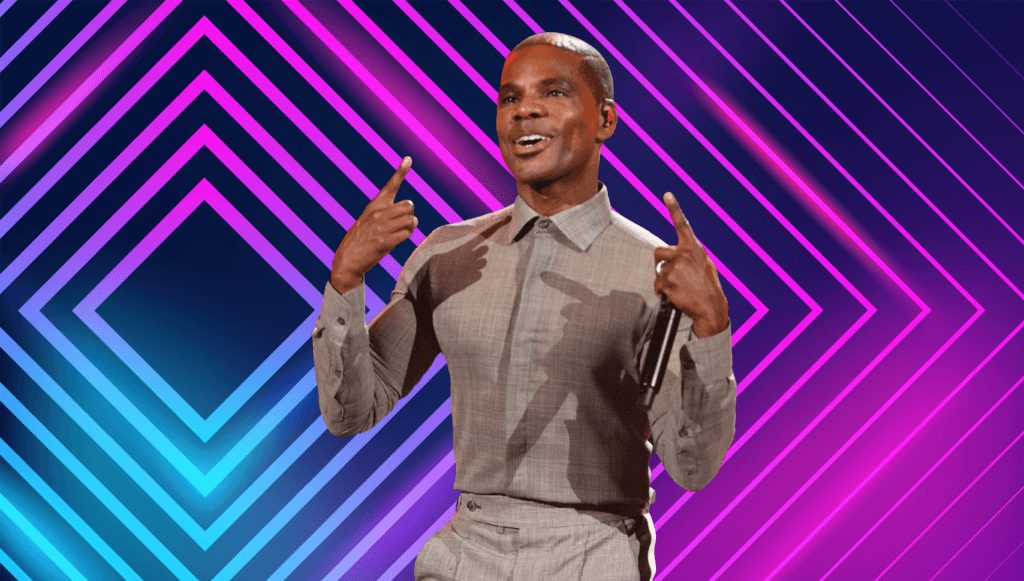 In a post by gospel singer Kirk Franklin earlier on Instagram, a street preacher with a megaphone was seen in a sort of confrontation with him (Kirk Franklin) while he was on the street for his ‘Long Live Love Tour’.

This is basically about Kirk’s ministrations at the recent BET Awards, mentioning that he is being equally yoked with unbelievers instead of preaching to them.

He pointed out to Kirk that friendship with the world is totally hatred to God, quoting the scripture in James 4:4. According to this street preacher, this is the position of Kirk, having lots of people at his disposal and instead of preaching to them, he becomes unequally yoked.

“All you do is catch a pay check at the BET Awards. How there you! You adulterous people, don’t you know that friendship with the world means enmity against God?”

There were quite a number of divided views reading from the comment posted on the video;

mikeg_ofarchangelmusic: Oh big brother! Thanks for keeping the love of Christ. The Gospel was not meant for this. Keep grinding for the Kingdom big brother! We cover you with prayer to withstand the enemy’s assault. Always remember “you’re doing a great work and can’t come down.” Nehemiah 6:3

servant_keyt: Where is the grace in Christ? This man did not show any grace to @kirkfranklin. Now listen, I axm sure Kirk and I would not agree on everything. But that does not mean because one man does not agree with you he is now outside of the brotherhood that Christ gives us by His blood. God is wrath, but He is not only wrath because if He was we would get what we deserve which is hell, yet Christ died more than that. Brothers need to show one another grace and gentle correction. Being able to gently work out problems through scripture for His glory alone. @kirkfranklin brother, I know we don’t agree on everything but I will skake your hand confidently in Christ. You are welcome around my table any day of the week.

ashleymoses9728:I support that white man…Kirk Did come out with them MJ moves…Do he do that same thing for the Church? That was for a Show, Check And TV…And didn’t Not say enough about Jesus and Repent of your sins…And @dhaddy same thing too…Ya just don’t like what he said about Kirk but it is the Truth…You preach in the church where’s your street corner ministry? I preach everywhere I go…The Lord wants to take you higher in him..But your in your in your own way..you’ve got so much in your head and heart right now…And everybody needs to repent All day and everyday…Jesus is Coming..Let’s lead everybody to Repent and follow Jesus