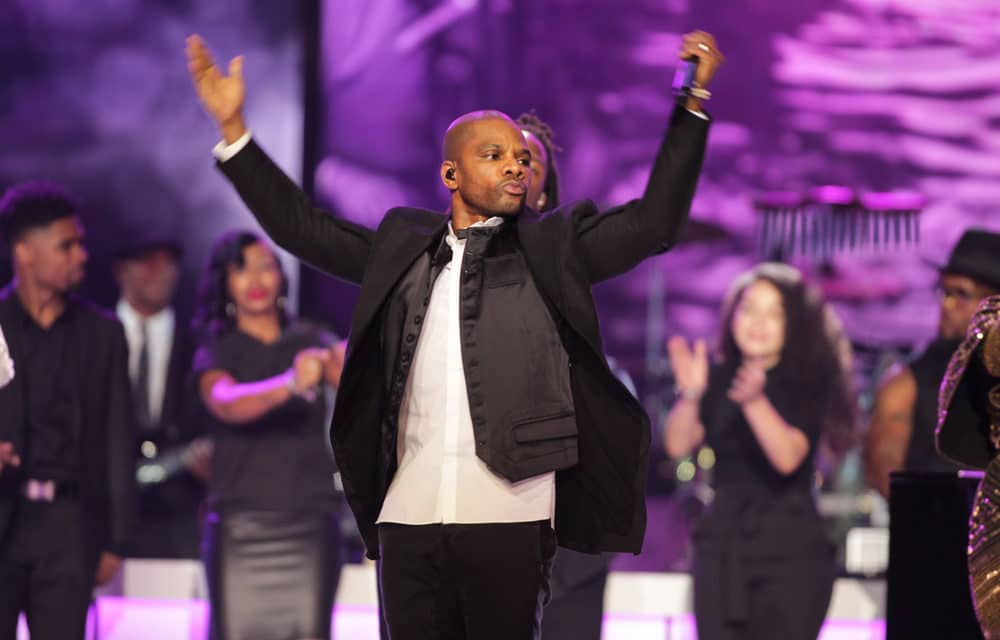 American gospel star Kirk Franklin has announced that he is boycotting Trinity Broadcasting Network, the Gospel Music Association, the Dove Awards and any of the organization’s affiliated events until they address issues of diversity.

In a video released on Instagram on Monday, he argued that TBN removed parts of his Gospel Artiste of the year acceptance speeches from his 2016 and 2019 appearances at Dove Awards shows which advocated for racial justice and reconciliation. When he approached representatives from all the organizations about the situation, he said he was not provided a satisfactory response.

“I am aware that the word boycott often has a negative connotation and finality to it, but my goal will forever be reconciliation as well as accountability. It is important for those in charge to be informed. Not only did they edit my speech, they edited the African American experience,” Franklin charged.

“I’m not asking those in the Gospel community to follow my decision. No. This is my personal choice to take a stand and hold responsible those in positions of power to acknowledge the issues in our separate communities that have existed from colonialism to Jim Crow …. I pray there will be a significant change from this hurtful experience. I look with anticipation for that day of healing and I’m committed to contributing to that process. In the end we will not remember the words of our enemies but the silence of our friends,” he added.

Franklin explained that the experience made him “feel like quitting” and left him “heartbroken.”

“Today. I am heartbroken that I even have to share this with you. In 2016, I was blessed to win an award for Best Gospel Artist at the Dove Awards…. During that awards speech I felt the responsibility as a Christian and a man of color to address the civil unrest at that time that was plaguing our country with the killings of Philando Castile and Walter Scott just to name a few by white police officers. And at the same time, the horrific killings of five Dallas police officers by an African American. I called upon the audience to join me in remembering that as Christians, when we say nothing, we’re saying something,” Franklin explained.

“After a standing ovation we prayed, stood in unity for all the families affected by those tragedies. We all felt that moment that there was a shift in the climate of our separate worlds. Unfortunately, when that speech aired on the Christian network TBN, that part of my speech was edited out. I made my disappointment and frustrations known to the Dove Awards committee and to the Trinity Broadcasting Network. I never heard from TBN and the Dove Awards committee promised to rectify the mistake so that it wouldn’t happen again,” Franklin explained.

At the recently held Dove Awards show on Oct. 15, where Franklin won the Best Gospel Artist award, Franklin raised the killing of a 28-year-old black woman, Atatiana Jefferson, who was shot dead by a white police officer through her window while she was staying with her 8-year-old nephew.

Franklin noted that when the awards show was aired on TBN, his speech was edited.

“In 2019, history repeated itself. I was humbled to win the same award and during my speech, I brought attention to the murder of Atatiana Jefferson, in her home by a white police officer. Last week, during the airing of the awards on the same network again that part of my speech was edited out. So now, after a meeting with the Dove Awards committee and representatives of TBN I’ve made the decision after prayer, consultation with my team and my pastor Dr. Tony Evans to not attend any events affiliated [with] or for the Dove Awards, Gospel Music Association or TBN until tangible plans are put in place to protect and champion diversity, especially where people of color have contributed their gifts, talents and finances to help build the viability of these institutions,” Franklin said.

In an interview conducted by Christian post, Jackie Patillo, president and executive director for the GMA, said in a statement Franklin’s speech was edited on TBN for time.

“Due to our broadcast window, we had to significantly edit the Dove telecast to 2 hours, which aired Sunday, October 20th. In light of this, we understand that many were disappointed because there were so many memorable moments and noteworthy portions of acceptance speeches absent,” Patillo said.

She noted that once they were made aware of Franklin’s concerns they apologized and have been looking at ways to make things right.

Other friends of Kirk, such as Donald Lawerence, Travis Greene and the like, threw their support around the side of the gospel star who has vocalized his sentiments.