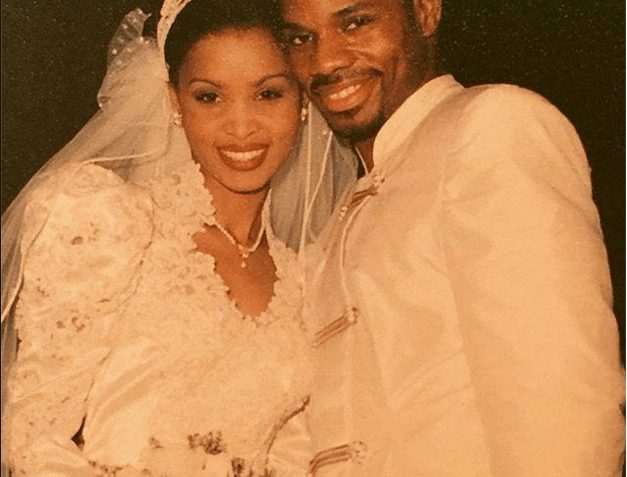 Over two hundred thousand folowers of the Grammy Award Winning American Gospel artiste Kirk Franklyn were inspired on social media by sharing a word with them in comemorating their 20th marriage anniversary.

Kirk Franklyn’s words encouraged other followers to also share a picture of a time together with their spouse and to recount the goodness of God in their marriage. According to the artiste, inasmuch as there were good times, there were equally bad times in the marriage walk, but his wife Tanny was very supportive in his ministry.

Can I take my time?!
Get past the jacket, the shoulder pads, and the grill before retainers! Today I celebrate 20 years with this woman! We were young, I was dumb, she came from a good family, I had NO family, but she was patient; not stupid. A prime example of how a good woman can change a man without breaking him down. My past was sketchy…she knew that. She didn’t compromise her standard but helped me reach it. Every song you’ve heard over the last 20 years, she wrote it. She was every lyric, every key change spelled her name. We’ve seen dark days together, but we saw them, TOGETHER. Men can be dumb at times, and want what’s newer, fresher, or what our other “head” thinks is better… But to fail Tammy, is to fail God. To cheat on tammy is to cheat on the kingdom, my children, and even you… Those who trust me to chase Christ with everything I got. I’m not perfect, but I’m still in love…with Tammy. Happy 20th anniversary baby! (See bae I did it without saying something nasty!????)

Kirk Franklin and Others Nominated for…