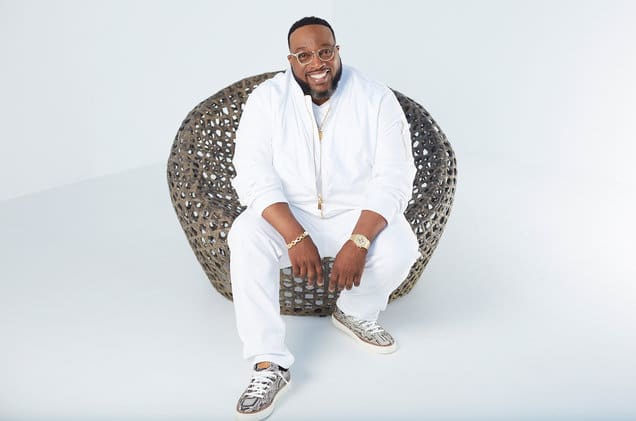 Unveiling the album’s cover and now available for pre-order – CLOSE marks Sapp’s 11th solo album, and is scheduled to be released on September 29th, 2017 – with his hit single “Close” available now as an instant grat track, and additional new songs to be unveiled in the coming weeks.

In addition to his new music and traveling on preaching and performance engagements, Bishop Marvin Sapp’s ministry continues to thrive at home in Michigan, where he leads Lighthouse Full Life Center Church, with two locations serving Grand Rapids and Muskegon.  He is also Metropolitan Bishop within the Global United Fellowship where he oversees more than 100 churches in 19 states.

For Sapp, it was extremely personal. After losing his wife of 20 years, MaLinda Sapp, to cancer, as well as his father and two close friends, he found himself raising three children, then 11, 13 and 16, on his own. He shared the difficult journey on TV One’s popular Unsung series this summer.

“I’m still a very private person,” says Sapp, who initially didn’t want to do the show. “When I saw the episode for the first time, I cried. It was a transformative moment; a chance to reflect on all the things that you’ve come through to get where you are. Many people have watched it and told me how much it has encouraged them. So the ministry moment was worth it.”

With “Close” as the jump-off point, Sapp and longtime collaborators Aaron Lindsey and Myron Butler sat down to craft songs to help encourage and uplift listeners facing life challenges. Beyond “Close,” the 10-track project features additional standouts such as “Carried Me” (“It speaks of when I was in my worst place,” says Sapp) plus first-time collaborations with Kirk Franklin, who wrote the powerful “Kind God,” and Erica Campbell, who guests on the Rodney Jerkins-produced “You and Me Together.”