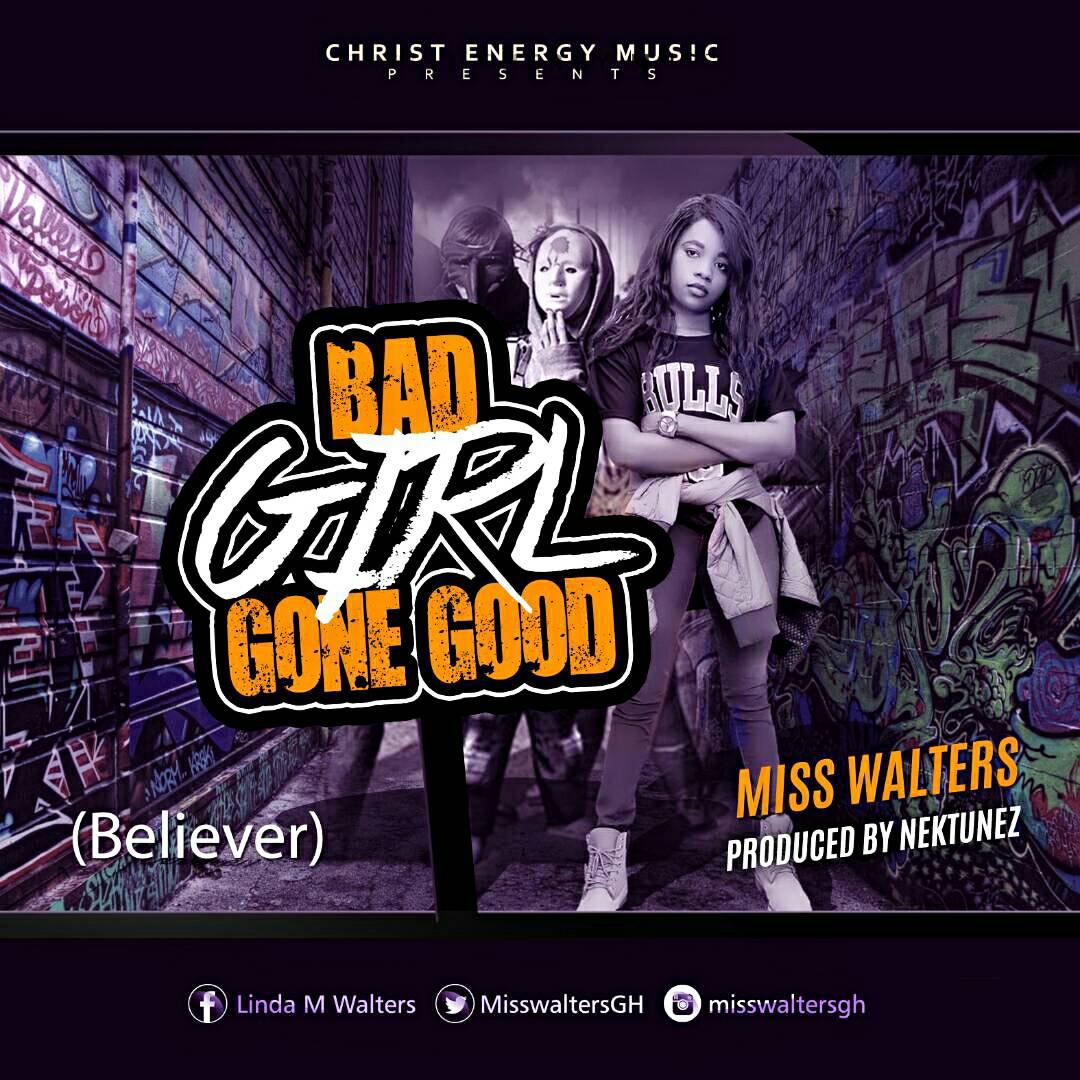 With an uniquely endowed instrumentation produced by Nektunez coupled with the rap passion from Miss Walters, ‘Beliver (Bad girls gone good)’ is definitely one masterpiece of an urban gospel song you don’t want to miss.

Walters who released ‘cos 90‘ not too long ago, in this new song – which first of all defeats the idea of the orthodox phrase ‘good girls gone bad’ strategically empowers one who belongs to Christ and calls himself or herself a ‘believer’ to know he or she has passed from bad to good. The Word of God puts it this way ‘from the kingdom of darkness to the kingdom of his marvelous light.