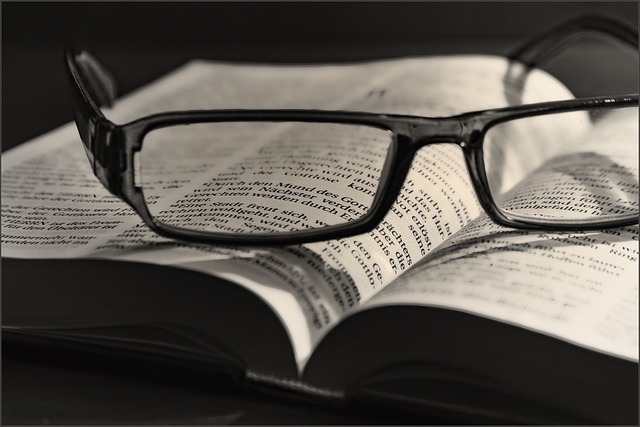 The Most Misused Text in the Bible

You’d be surprised who all loves to quote our Lord Jesus.

A lot of people who believe almost nothing Jesus said about Himself–about salvation or heaven or hell or marriage or a faith or a thousand other subjects–will quote Him when it suits their purpose.

Google Luke 17:20-21 and pull up a chair. Those citing these two verses run the gamut from Leo Tolstoy to your favorite Indian guru to the atheists.

Taken completely out of context and given the speaker’s own spin, this malleable verse can be made to say whatever they choose.

Cultists love this little passage. Theological liberals calling themselves authentic Christians quote it often. And, let us admit the obvious, you and I love it also.

Those who quote it out of context and thus misapply it will end up drawing conclusions alien to the teachings of the Savior.

–I have read this text in the literature of the Baha’i faith. The writer pointed out that Jesus taught the same thing as they, that each person is indwelt by God, that “the Kingdom of God is within you.” By “you,” they mean every person everywhere, thus discounting every other teaching of Jesus and nullifying the uniqueness of the Christian faith.

Was Jesus saying every person is inhabited by God? Only the dishonest think so.

–The Transcendental Meditation people cite this text. A heading in their literature reads: “The kingdom of God is within you. Find it.” They say, “With these words ( Luke 17:20-21), Jesus gave voice to a teaching that is universal and timeless–that life’s ultimate truth, its ultimate treasure, lies within us.”

Was Jesus saying all people had to do was delve deeper into their own consciousness? Only those willing to ignore everything else He said think so.

–Liberals love it because it lends itself to their particular slant. Wishing to get around the strict demand of John 3:3–“except a man be born again, he cannot see the kingdom of God”–they latch onto “the kingdom of God is within you.” “It’s an inner thing,” they will say.

Was Jesus saying every human is a member of the kingdom? That it’s an invisible membership and one person’s opinion is as authentic as another? The liberal seems to think so. (My personal definition of a liberal is “someone who takes liberties with the Word.”)

If our Lord was saying any of these things–that each one is indwelt by God, that Heaven’s truth can be found somewhere inside every person, and/or that everyone is a member of the kingdom and just needs to “find it within himself”–then, Jesus has just contradicted the vast body of His own teachings.

Beware of anyone pulling bits and pieces out of our Lord’s teachings and citing them as justification for his own philosophies.

Context is not everything, but it’s a huge thing.

The kingdom of God is among you. What does that mean?

The NIV has it wrong. “The kingdom of God is within you,” it reads.

It should be among you or in your midst. Most other translations agree.

Remember to whom the Lord was speaking: the Pharisees.

The Pharisees and most others expected the reign of God to be a visible thing brought about when a champion warrior/politician led an uprising to set up a new kind of government, one headquartered in Jerusalem. I expect they saw themselves writing the new constitution and the Sanhedrin forming the legislature if not the supreme court..

So they asked Jesus, “When will the kingdom come?” (Luke 17:20) Not that they believed Him. They were merely checking Him out, picking His brain on the important questions of the day.

With the wrong idea of the kingdom, their expectations were askew and thus their conclusions about Jesus were off base.

The Lord answered them by pointing out how their expectations were wrong. “The kingdom of God is not something observable. ‘Look! There it is.’ Or ‘Over here!’”

The Barna Organization–that polling team which gets quoted in every evangelical publication, even though its pronouncements are consistently dire and alarmist–does not get this. It keeps polling. It keeps measuring. And it keeps issuing bad news.

The publications announcing that Christianity is declining in influence and popularity do not get it.

The living God does not lend Himself to measuring tapes, scales, or percentages derived from questionnaires.

His ways are not our ways. His thoughts are not like ours. (See Isaiah 55:8)

God does not rush out to buy the early edition of any publication to see what His numbers are doing. Nor should we be concerned.

The best answer to those who want to believe that everyone is saved and the kingdom is in every heart is the context of Luke 17:20-21. The Pharisees were the Lord’s audience that day. And they were light years away from the kingdom of God. To that bunch, the Lord said, “You are of your father the devil” (John 8:44).

No way was Jesus telling that collection of hypocrites that the kingdom was within them.

When our Lord said “the kingdom of God is among you,” He had just recognized a Samaritan for getting it right (Luke 17:11-19). That must have infuriated some in the crowd. Jesus could not have cared less. The kingdom was here and nothing was ever going to be the same again.

Mostly, the kingdom of God is synonymous with Jesus.

I love the way The Message puts that: “Times up! God’s kingdom is here!”

On another occasion, Jesus told His critics, “If I drive out demons by the finger of God then the kingdom of God has come upon you” (Luke 11:20).

The kingdom of God is here. Among you. Upon you.

But not inside you.

No one is automatically saved by merit of having been born into the human family.

That’s not Baptist doctrine, not orthodox teaching nor a tenet of evangelicals. No denomination voted that. Jesus said it. We are not allowed to pick and choose which of His teachings we will believe and which we discount because they do not fit our preconceptions.

God is at work, and He works through Jesus Christ. Wherever men and women are born again and indwelt by the Lord Jesus (through the Holy Spirit), the kingdom of God is present and God is at work.

Does this mean God does nothing except by Jesus? Does it mean He is working only through men and women of faith?

The best answer to that is Psalm 115:3, “Our God is in the heavens; He does whatever He pleases.”

No one is authorized to say what God always does, what He “must” do, or what He “cannot” do. “He shows mercy to whom He wills, and He hardens whom He wills,” said Paul in Romans 9:18. I’m not empowered to say otherwise. Nor are you.

What we do know is that it pleased God that in Jesus all deity would reside. (That’s Colossians 1:19. See also Colossians 2:9-10.)