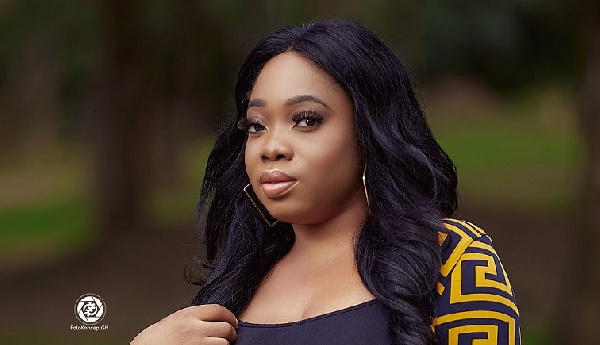 Moesha Boduong surrenders to Christ and shares testimony of encounter

Popular Ghanaian female celebrity and “Slay Queen” Moesha Boduong who is widely known for her unapologetic artificial body surgery has recently surrendered her life to Christ as shares her experience of an encounter with the Lord.

Though this great news came with mix-feeling among the general public, few Christian folk in Ghana are indifferent and most of them wishing her well and praying for Grace for her in this new journey.

Watch video of her testimony in the church below;

Moesha Boduong has announced her new love in Christ and has asked for all her sins to be forgiven as she begins to walk in the light. She has also deleted all her Instagram pictures including the provocative ones, changing her name from Moesha Boduong to now Maurecia Boduong.

According to a recent happening, many people are attributing her new journey to a desire to be married to a rich man’s son who is a Christian. As a tradition demand in that family, she is not allowed to marry their son in the former state – an unbeliever.

With this development, people are wondering if she is doing it for the marriage, the cameras or this is for real.