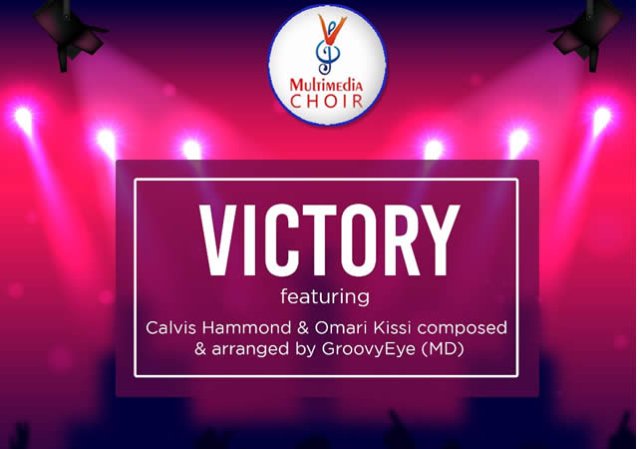 The Multimedia Choir has released their first single ‘Victory’

The Multimedia Choir has successfully launched a new gospel single- Victory- Wednesday. The song is a solemn praise to God for lifting up the spirit of team members of the company after a difficult year in 2017.

In 2017 death was ruthless for the Multimedia Group; it snatched two staff members in a manner that wrenched hearts. Two people who were far too young, far too good were taken. Death didn’t pretend to care. It didn’t pretend to discriminate. It left many eyes welled with tears.

KABA and George Hansen were at the peak of their careers. The former, was a prolific radio presenter, and the latter a dexterous sales executive. But their lives ended too abruptly, leaving their colleagues hurt and distraught.

If The Multimedia Group was a mother, she would be mourning the death of a husband, a son at the same time, in the same year.

But in the darkest hour of grief came a sudden surge in strength; bolstered by the enduring belief and Joy in the Lord. In unity came victory and in victory came a new song and The Multimedia Choir was there.

On the low, the melodious voices of The Multimedia Choir provided comfort for the bereaved.

The company has, through the choir, picked itself up from the ashes of pain and heartache death brought, to a place of celebration.

The song was composed and arranged by Groovy Eye (George Addo Jnr) with inspiration for the Psalm 116-3-4, which says;

“3. The cords of death entangled me”

The nondenominational Christian music group is largely made up of team members of The Multimedia Group in Accra. CEO of the group, Kwasi Twum has been a staunch supporter of the choir from its inception and has members sing at various Company events.

Music Director, George Addo Jnr, says the journey has been a difficult one but the group is comforted by the milestone that has been achieved.