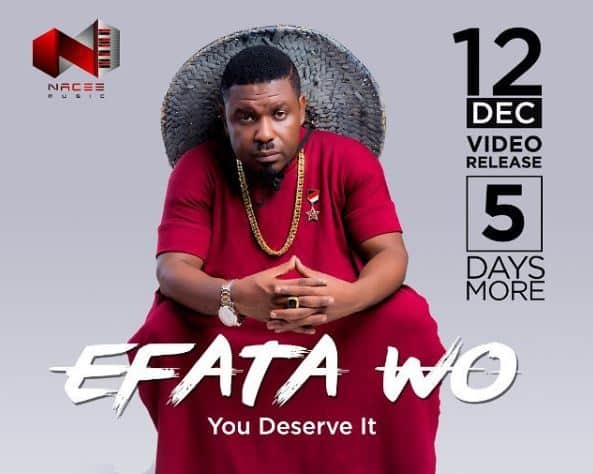 Nacee to release a new song and video on December 12th

Gospel artiste, vocalist and music producer extraordinaire, Nacee, is making Christmas come earlier for his fan with his new pre-Xmas single titled ‘Efata wo‘ The song will be released along with the video on the 12 of December.

Efata wo, a Twi phrase which means ‘You deserve it’ promises to capture the excitement of the Christmas season as well as the new year and to make it the song of the moment.

The gospel artiste whose latest album was Counselor 1, released last year, expresses the a deep thought contained in his upcoming single on instagram:

Our King never changes. He raises us up each time and sets us on bigger glory.

“It’s no wrong for gospel…