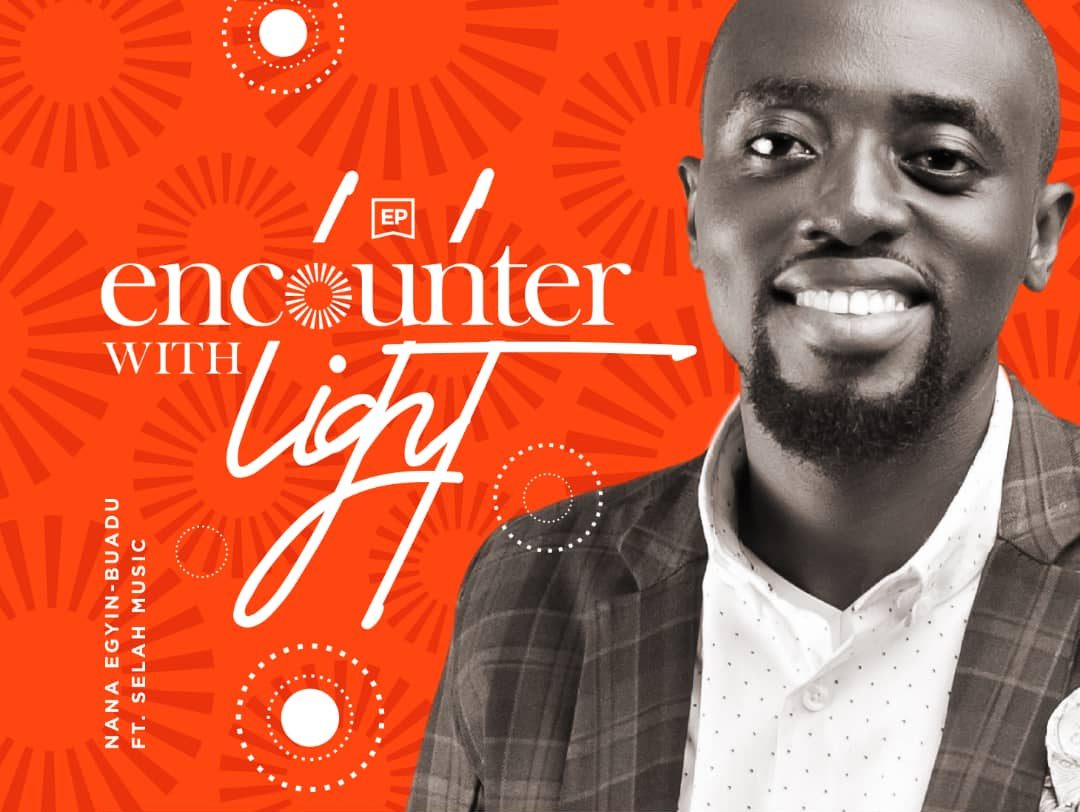 Gospel music minister Nana Egyin-Buadu has released his first EP titled Encounter with Light. The project is a set of six songs EP by the artist, featuring Selah Music worldwide.

The songs are I Am, Agya, Yehowah, The benediction, as well as Shine, and My End which were released ahead of the whole set in November.

Speaking on some of the songs from the album, the minister said that Shine is about the transition a person makes from darkness into light in Christ, My end assures the believer of his glorious end in Christ, I am, is a song about Jesus, and The Benediction talks about the Lord’s provision according to Psalm 23.

“The songs are all confessions, confessions we’ve put into songs so that as you casually sing, you will put things right by the words you say. Just as you unconsciously make the wrong confessions and they work, in the same way as you sing these songs, you will be making the right confessions that will keep you in the light you receive from God’s word.” He summed.

On the inspiration behind the album title (Encounter with Light), Nana explained that the purpose of the EP which was recorded live at Selah Music’s annual worship concert in January is to make people have an encounter with God, as they lift up their hands in worship. He added that listeners should expect to be edified as they listen to the album.

“The Lord told us that the EP will be an encounter with His light, just as we understand from the scriptures with Paul. He encountered the light of God on his way to Damascus and that brought about a complete change in his life. When you listen to this album, what I’m telling you is that the light of God will shine upon your life; you will receive guidance, and you will know exactly what steps to take.”  He revealed.

According to Nana, he wants to as much as possible produced songs from the light; the word of God. So he takes the inspiration that he finds from the word of God and puts it into songs, as meditations for his listeners.

Sharing on writing and composing music on KNUST campus, Nana recounted his music journey, dating as far back as his childhood, at age 8.  As a growing child, he saw his father teach music, and he developed an interest in the art. “I once wrote a song – the supreme man and in my teens, I always saw myself with the psalms, I rewrote most of the psalms.” Hence for Nana God has been drawing him over the years, into the music ministry, and so the Encounter with the light project did not come as a surprise.

Nana Egyin-Buadu describes the kind of music he does as inspired by the Holy Spirit, adding that the songs on the album were inspired by the spirit of God during rehearsals, at prayer times, and at programs.

Nana Kwame Egyin Buadu is a gospel music minister and the President of Selah Music worldwide, a ministry that seeks to disciple people in Christ. In addition to his own songs, he has covered various Ghanaian and foreign gospel songs. Find them on YouTube channel at Thronelife studio.

Encounter with Light EP is available for streaming on the following platform;

Nigerian singer De-Ola releases her much…