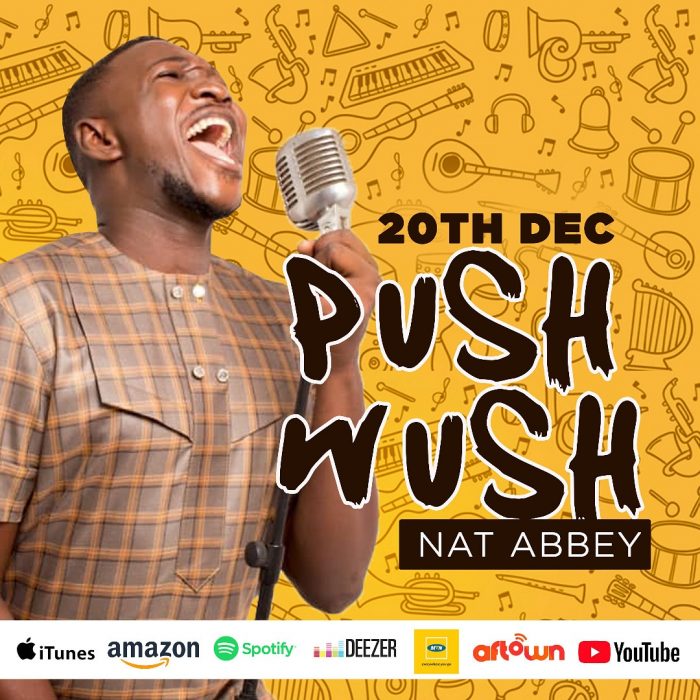 Ghanaian Gospel Reggae Icon, Nat Abbey, is set to release a new single before Christmas this year. The single was part of the many songs he recorded last year at his Live DVD and 3rd Album concert.

PUSH WUSH is the title of the new single Nat Abbey and his sensational Towdah will be releasing on Friday, 20th December on all digital stores.

He also added that he was inspired by the story of Paul and Silas in Acts 16:24-26 when they were put into prison for preaching the gospel.

He believes that as Christians for us to be free from every bondage and limitation in life and to see our heart desires met by God after we pray we have to worship and as we dey PUSH we must continually WUSH.

This song is one of the favorites of Minister Nat Abbey and he prays that as you listen to PUSH WUSH your unanswered prayer requests will be met in Jesus name.

Nat Abbey is an award-winning Gospel Musician, Recording Artiste, Host of Gospel Reggae Night and WUSH (Worship Until Something Happens), Vocal Coach, Founder and President of Nat Abbey and Towdah Ministries and Tehiliah Vocal Perfection. With over 15 years of experience in leading Praise and Worship and 10 years in music ministry.

Nat Abbey has other songs scheduled to be released in 2020, which he features the multiple award-winning Joe Mettle on Arise and Shine, Akesse Brempong (“The Lion”) on PUSH WUSH (Remix), Calvis Hammond on Psalms 3 (Remix), Pastor Kofy on Hail Jesus (Remix), Yvonne Pinkrah and Lordable on Yahweh Medley as well as his legendary sensational father Rexx Abbey on Only You Can Do (Remix) at his just ended Gospel Reggae Night, held on 23rd September at The Junction Mall.

Click on the link below to subscribe to Nat Abbey Youtube Channel and be the first to see this single when it drops on 20th December.