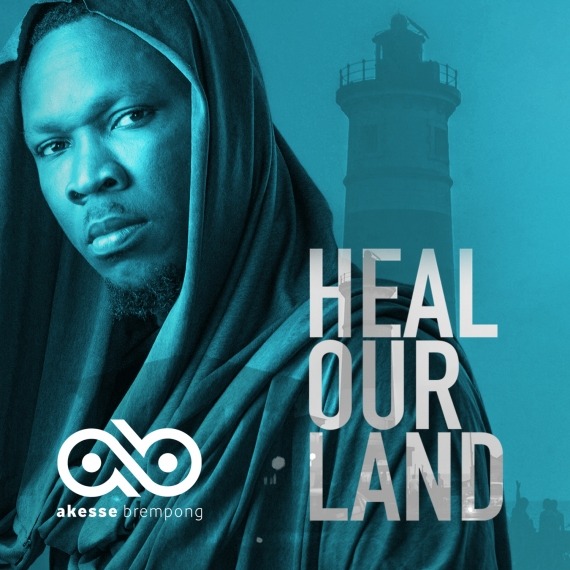 The ‘crazy Love’ crooner, Akesse Brempong has released his much anticipated new project titled ‘Heal Our Land’, a complete package of beautiful songs from the gospel reggae/ragga champion.

The 13 track album subtitled ‘A Tale of Two Cities’, is the compilation of songs he recorded live at Kumasi City Mall and from Mantse Agbona, James Town in Accra also referred to as ‘British Accra’.

The multi-genre album is tipped to be an artistic knit of Akesse Brempong’s signature Reggae, Afropop and Spontaneous Worship styles presented with a contemporary Ghanaian appeal.

It follows his maiden album, Songs in the Night and second album release, West Hills Live, which have so far birthed out global hits like Crazy love, God Is Working, Roar, Closer, among others.

The ‘God is Working’ hitmaker without a doubt has grown to become the champion in the sub-genre of gospel reggae/ragga music. He has for some time now and in this album added a touch of  Afrobeat to his style as we have seen in ‘Crazy Love remix’ and ‘Wonderful singles’ which I must say is giving him a great advantage.

The album is a blend of multi-styled composition apart from the Afrobeat and these include, a typical root reggae songs such as Alright, Heal Our Land (Live), No Weed, a contemporary worship style in You found Me, Oyeadieyie (Mender Live), Ehi, and  Hosanna.

Head to Aftown right now and get a copy of this life-transforming album and be blessed.