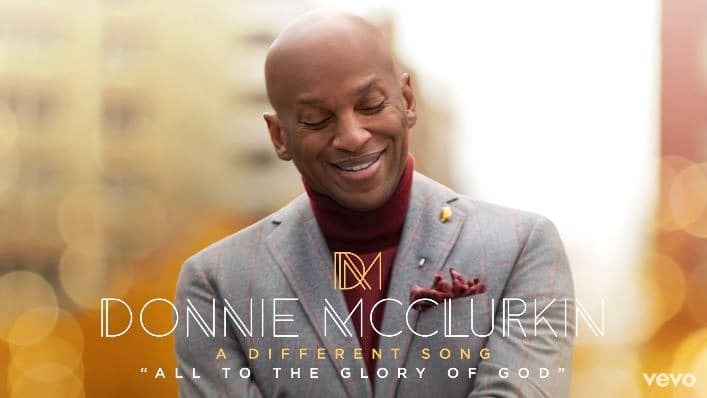 New Music: Donnie McClurkin offers up a new single ‘All the Glory’ – Check it out

International gospel artiste and songwriter, Donnie McClurkin has released a new single ‘All the Glory’ coming off his forthcoming new album ‘A Different Song’

The new album which is ready for pre-order and streaming has already seen a couple of singles, ‘Not Yet’, ‘There is God’, ‘Pour Out My Praise’ released ahead of the main package which is scheduled for official release on November 15.

This new single written by Donnie specifically emphasizes the importance of living our lives with the sole purpose of bringing Glory to the name of the Lord.

As Donnie prepares for his album release, the gospel community on the 16th of November will organize a special event to be hosted by Kirk Franklin to mark Donnie’s 60th birthday which falls on November 9. CeCe Winans, Erica Campbell, Tasha Cobbs-Leonard, Kierra Sheard, Jonathan McReynolds and more are billed to make special appearances on this occasion.

I’ll probably be alone for the…